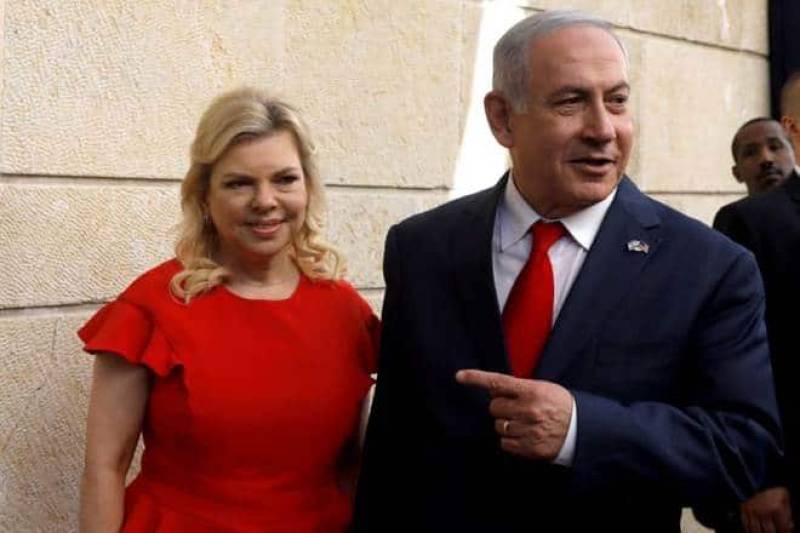 While the ruling cut short a high-profile trial, the Netanyahu family's legal woes are far from over: the veteran premier himself faces possible indictment for bribery, fraud and breach of trust in the coming months.

In a deal approved by judge Avital Chen at Jerusalem magistrates' court, Sara Netanyahu was found guilty of using the errors of government accounting staff to bypass spending restrictions.

Although her husband is a millionaire she asked for payment to be deferred and the judge allowed her to pay in monthly installments beginning in September.

"The deal reached between the sides is worthy and appropriately reflects the deeds and their severity on the criminal level," Chen said in his ruling.

The 60-year-old, a high-profile presence at her husband's side throughout his long tenure in office, was initially charged in June 2018 with fraud and breach of trust for paying $100,000 (85,000 euros) for meals from well-known Jerusalem businesses.

She had done so while falsely declaring there was no cook available at the premier's official residence.

The amended indictment, approved Sunday, dropped the graft charges, replacing them with "obtaining a benefit by deliberately exploiting the mistake of another person".

"Despite the fact that cooks were employed at the residence the accused instructed staff at the residence, as a matter of normal practice, to order prepared meals from restaurants for herself, her family and visitors."

The tiny courtroom at the Jerusalem magistrates' court was packed with journalists.

"As in every plea bargain, each side makes concessions, sometimes hard concessions," prosecutor Erez Padan said.

"It is right and proper for the public interest to bring this case to an end."

Netanyahu's attorney Yossi Cohen told the court his client had already been heavily punished by the media.

"Four years of ugly leaks and denigrations" constituted "inhuman punishment", he said and added no other person could have withstood this, this lady is made of steel.

"I am telling you, if this wasn't a matter concerning my wife, there would never have been an investigation," the prime minister said.

Sara Netanyahu has a reputation for finding legal loopholes to receive state funding for her household's relatively high expenses.

"On a number of occasions she instructed that restaurant chefs be brought in to cook for guests at the residence, all in deliberate exploitation of the bookkeepers' mistakes," the amended charge sheet said.

The caterers included an Italian restaurant, a Middle Eastern grill joint and a Sushi house. The prosecution attorneys put a positive face on what was generally considered a good outcome for Sara Netanyahu Sunday.

"The significance of this ruling is that a person with access to public funds, as senior as they may be, cannot use them as their own," Padan's co-counsel Jenny Avni told reporters outside the courtroom.

"Taking significant amounts of public funds over several years, in violation of the rules and procedures, is a criminal offence carrying with it a conviction and a real financial penalty."

Sara Netanyahu is also being sued by a former cleaner who claims the premier's wife mistreated her.

In 2016 a court awarded some $47,000 in damages to a former housekeeper who accused her of repeated workplace abuse in a similar case.

Separately, Benjamin Netanyahu is facing possible indictment for bribery, fraud and breach of trust in the months ahead.

Two people wearing t-shirts with the message "crime minister" were barred from entering the court for his wife's hearing on Sunday.

He is reportedly seeking legislation that would result in him being granted immunity.

Netanyahu was unable to form a coalition following an April general election, and Israel is now gearing up for September polls.