PTI opposes own bill seeking perks for families of lawmakers 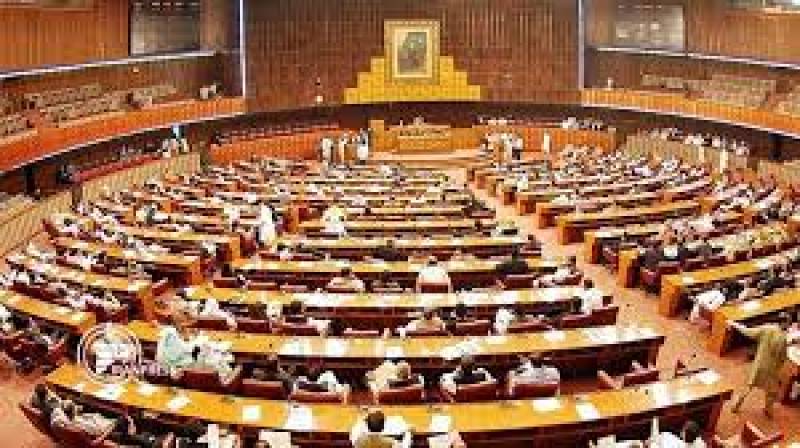 ISLAMABAD – The government on Wednesday opposed the Members of Parliament (Salaries and Allowances) (Amendment) Bill, 2020 in the Senate which aims at utility of 25 air tickets provided to the parliamentarians for their family members.

It was the government sponsored bill moved earlier in National Assembly on March 9, 2020 by Minister of State for Parliamentary Affairs and later transferred to Senate as Money Bill.

In Senate, Advisor to the Prime Minister on Parliamentary Affair Zaheer Uddin Babar Awan laid a copy of the Money Bill the Members of Parliament (Salaries and Allowances) (Amendment) Bill, 2020 in the Senate on June 5, 2020 and referred to Standing Committee on Finance for consideration and forwarding further recommendations on it.

Despite being a government bill, the Minister for Industries and Production Hammad Azhar opposed it and said that provision of 25 business class air tickets is a privilege of the Members of Parliament facilitating them to travel in connection with proceedings of the Parliament. He said that same cannot be facilitated to their families. It is to mention that Additional Secretary Finance in the meeting of Standing Committee on Finance gave the same opinion on the bill as mentioned by Minister or Industries in the House.

However, the report of the Standing Committee of Finance, Revenue and Economic Affairs mentions that there is no further burden on the national exchequer as already the facility is being availed by the Members which can be now availed by their spouses and children upto 18 years of age. The Committee recommended to the National Assembly that this bill may be passed without any amendment.

Under Rule 130 (8), the Senate adopted the motion to adopt the recommendations on this bill as reported by the Standing Committee.

The bill aimed at utility of 25 air tickets provided to the parliamentarians for their family members as well without putting any burden to the exchequer. It said that the expression in the existing legislation, the MPs being entitled to 25 business class open return air tickets, be substituted with being entitled to receive travel vouchers of equal amount of 25 business class open return air tickets of Pakistan International Airlines (PIA). The bill said the unutilized air tickets and vouchers for financial year 2019-20 will remain acceptable till their utilization up to June 30, 2020.

The statement of object and reasons of the bill said Section 10 of the existing act regulated free travel privilege of the MPs, who are entitled to 25 business class open return air tickets from airport nearest to their Constituencies to Islamabad, per annum. In addition, vouchers of Rs300000 to be utilized for traveling by air or train by MPs as well as their family members are also annually provided. It said that there has been persistent demand by the MPs to extend the utility of 25 air tickets to their family members as well. National Assembly Standing on Rules of Procedure has recommended accordingly. Therefore, vouchers of equal value in lieu of admissible 25 business class open return air tickets are proposed to be issued to the MPs, which may be utilized by their family members as well. Section 10 says every MP member will be provided during a year such vouchers of the value of Rs.300000 as would enable him to travel within Pakistan at any time without payment of any fair by air or by rail. The number of air tickets will remain 25 in a year and expenses will not be increased, whereas, the lawmaker could take refund of unused air tickets.