‘Thank You My King’: Islamabad widow salutes PM Imran Khan for helping his voter out (VIDEO) 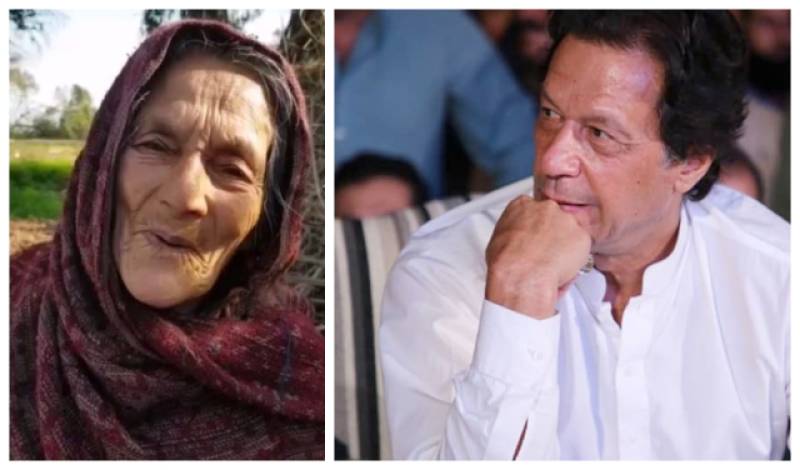 ISLAMABAD – An old woman, who had appealed to Prime Minister Imran Khan to help her get out of her misery, has apparently seen the 'Change' she really needed in her life - at least for now.

Naseem Bibi appeared on Twitter Saturday morning to share the shabby conditions she is living in inside a ‘jungle’ of the federal capital, Islamabad.

In her video shared by a social media activist on Twitter, the poor lady humbly requests the authorities to let her stay near Bahara Kahu, as her husband’s grave happen to be in the area.

“Asslam o Alaikum Imran Khan, I voted for you,” Bibi addresses to the premier while complaining that “you do not care for the poor.”

“Since my husband passed away, I am living in this jungle despite being asked to move out of here,” says the woman, who was hungry for the past two days.

“If it isn’t my ‘king’ (the PM), who else would listen to me?” she asks, insisting she doesn’t want to leave the land, which she owns and plans to build a house on.

While showing around the activist her tent-like ‘single-room house’, made of wooden sticks and few cloth sheets, she literally begged the PM to provide her with food and shelter when she got to know that her voice could be heard in the top office.

Bibi’s appeal actually found the Prime Minister within a day, and Imran Khan personally took the old woman on a video call.

The Islamabad’s Deputy Commissioner Office said in a tweet Sunday morning that “directions have been received” and “MD Baitul Mal is on site and resolving all the issues Alhamdolillah”.

Later today, in another video, Bibi appeared again but this time she looked really happy. "Thank you," cheers the old woman, clearly meant for Imran Khan, as she appears to be in better condition than before.

Bahara Kahu is one of the biggest union councils known as Kot Hathiyal in Islamabad. According to the 2018 Pakistan Bureau of Statistics report, currently more than 119,034 people from Murree, Azad Kashmir, Chitral, Khyber Pajhtunkhwa, Fata, Sindh, Balochistan and Hazara reside in Barakahu.

The Quaid-i-Azam University is also situated there and is just 10 minutes away on foot from Athaal Chowk, and the total distance between Prime Minister Secretariat and Barakahu is 12.3km, which is 27 minutes by car.