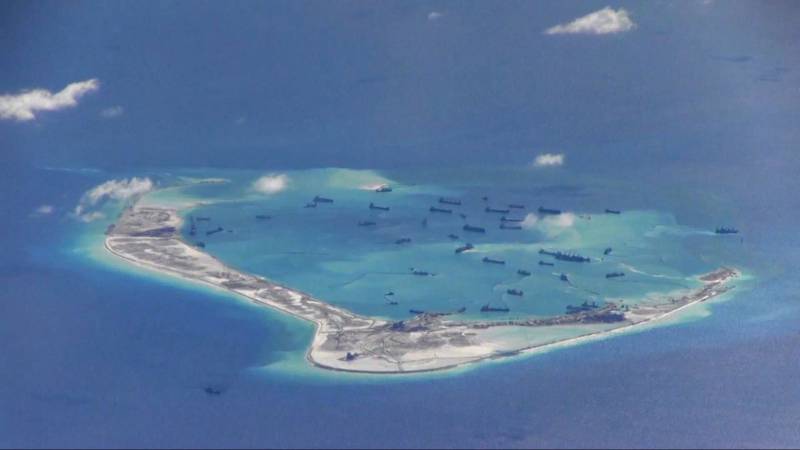 Offering new details on China's ongoing military build-up, the report said that China's military construction on the islands in the South China Sea will be limited to necessary defensive requirements and that 'it can do what it likes on its own territory'.

The state-run Defense Times newspaper, in a Tuesday report on its WeChat account, said Norinco CS/AR-1 55mm anti-frogman rocket launcher defense systems with the capability to discover, identify and attack enemy combat divers had been installed on Fiery Cross Reef in the Spratly Islands.

The report did not say when the defense system was installed, but said it was part of a response that began in May 2014, when Vietnamese divers installed large numbers of fishing nets in the Paracel Islands.