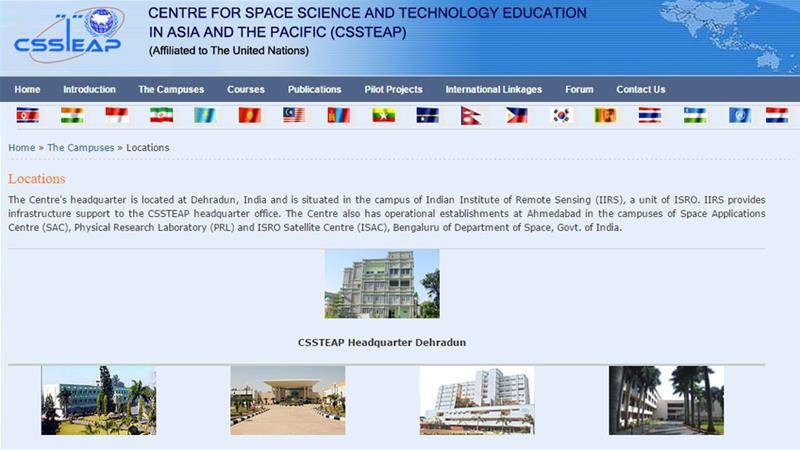 NEW DELHI - Hong Yong-il is the North Korean embassy’s new first secretary to India and has been in the country for just a month.

He lives on the first floor of a two-storey house in a tree-lined lane in Delhi’s busy Lajpat Nagar.

The apartment is huge but nondescript, sparsely furnished; a modest affair as compared with many other diplomatic residences in the Indian capital.

Hong wears on his shirt a miniature badge, with the face of Kim Il-sung, the country's founding father and grandfather of current leader Kim Jong-un.

This is not Hong's first stint in India. In 1996, he stayed in the country for nine months, studying a course in remote sensing technology at the Centre for Space Science and Technology Education in Asia and the Pacific (CSSTEAP).

The research centre is located in Dehradun, a small town in the foothills of the Himalayas, about 235km from the Indian capital New Delhi.

"Dehradun is a very quiet town," Hong said in an interview with Al Jazeera. "The course was very informative, the teachers were very good."

Hong was, in fact, one of the first students North Korea sent to train at the centre, a school set up in 1995 by the United Nations, to ensure that "in years to come, no country in the region will have to look abroad for expertise in space science & technology application".

Since then, North Korea has sent at least 30 students to train at the institute.

Two are currently studying there, one of whom is affiliated with the National Aerospace Development Administration, which, the report says, plays a key role in the country's nuclear development programme.

And it kept sending scientists and space employees, even after the UN issued the first set of nuclear sanctions in 2006, prohibiting member countries from providing technical training to North Korea.

The lapse was exposed only in March 2016 in an annual report to the UN Security Council.

The "repeated applications" by North Korea, the report said, indicates the courses were relevant to its nuclear weapons and ballistic missile development programme.

The UN has issued five major sanctions against North Korea since 2006.

However, some of the course modules at the centre training the North Koreans might have violated provisions of the sanctions.

For example, the report states, one of the courses offered instructions that "could be directly relevant" to "designing and testing a launch vehicle using ballistic missile technology, such as those on launch vehicles, attitude control, and telemetry, tracking, command and data-handling systems".

Investigators also found a course on satellite communications, which is in violation of a resolution banning "any transfers" to or from North Korea, "technical training, advice, services or assistance related to nuclear-related, ballistic missile-related or other weapons of mass destruction- related programmes".

India and North Korea are not traditional allies. They have shared diplomatic relations since the 1970s, but India has also been one of the staunchest opponents of North Korea's nuclear weapons development programme..

The centre is funded in part by the UN, along with India and several other organisations. It said that the sanction was taken into account in the admission process.

India justified the content of the courses, saying that the topics covered are "very general" and the basic principles of these courses "are available from open-source".

It also said that topics covered "would certainly not contribute to acquiring expertise in those specific areas by the participants".

Dehradun, in the foothills of the Himalayas, is home to several elite Indian defence institutes [Reuters]

However, North Korean students who trained in the school have gone on to occupy important state positions in Pyongyang.

After finishing his course in India, Hong, the official at the North Korean embassy in Delhi, went on to head a research group on remote sensing technology at the State Commission for Science and Technology, where he worked until his assignment in India.

Paek Chang-ho, who had been on the satellite communications course at the institute in 1999-2000, before the sanctions were issued, became the head of an agency involved with North Korea's first satellite launch in 2012.

The 52-year-old Paek, who ended up on the UN's sanctions list for his role in the 2012 launch, is now a senior official at a scientific research agency.

"The training may very well have helped North Korea's military programmes," Bruce Bechtol, president of the International Council on Korean Studies, said in an email.

But the Texas-based professor and Korea expert said that the result of the probe "does not necessarily make India complicit" with North Korea's programme.

Global navigation studies: According to the report, North Korea tried to send at least one student to the institute in 2015 to attend a global navigation satellite systems course, although his application along with those of four others was rejected.

"I don't know why they have rejected all the applications," Hong, of the North Korean embassy in Delhi, told Al Jazeera.

"I have contacted the university officials but they are yet to give me an explanation."

Hong seems unaware of the Security Council report, or that India has been asked for an explanation over the apparent lapse.

Skand Tayal, a former Indian ambassador to South Korea, told Al Jazeera that "whatever cooperation" India has with North Korea is meant for "civilian application".

"India has been consistently opposing North Korea's nuclear development programme," said Tayal, who has observed North Korea for many years.

"If there has been a violation, it would be an oversight."

The Security Council report said it too believes that the slip-up was inadvertent.

An email to the institute requesting for comment went unanswered.

Sarnam Singh, programme coordinator and director of one of the courses, said the institute was not accepting applications from any more North Korean students. 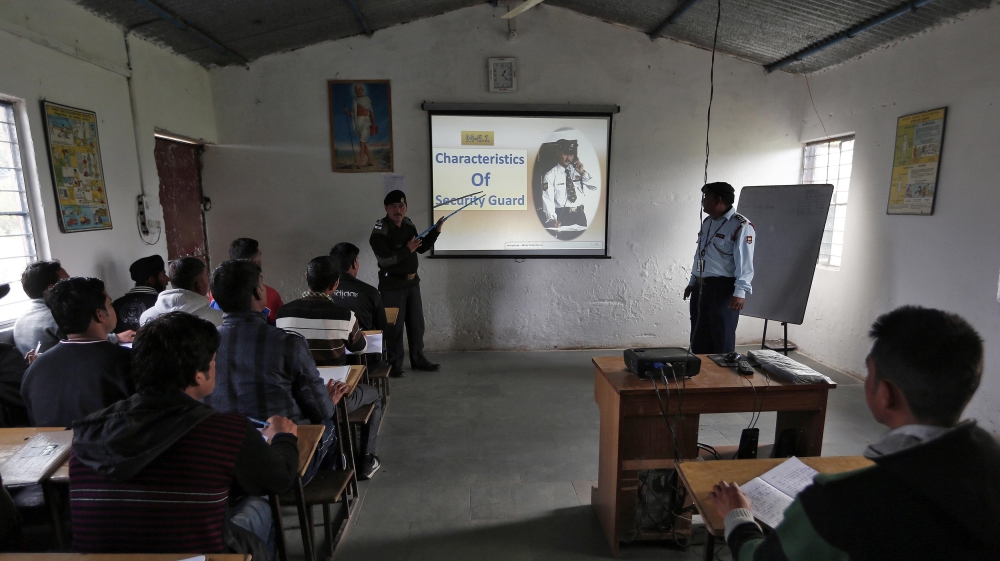 India is due to present a detailed report to an UN advisory committee on the issue.

"It doesn't take a rocket scientist to realise how extraordinarily unwise, and indeed irresponsible, it is nowadays to train North Korean operatives in technologies that can be used to improve and perfect their ballistic missile programme," Nicholas Eberstadt, a political economist at the American Enterprise Institute think-tank, said in an email.

"The government of India needs to acknowledge the seriousness of this error, take accountability for it, and publicly commit that it will not be an enabler of North Korean WMD programmes thenceforth."

RP Singh, a former Indian ambassador to North Korea (2002-2004), said the idea behind the courses is to provide professional and not technical training.

Earlier in January, India condemned North Korea's claim of detonating a hydrogen bomb, and called it a matter of "deep concern".

India is concerned about "proliferation links between North East Asia and our neighbourhood", Vikas Swaroop, India's foreign office spokesman, had said, in an indirect reference to Pakistan's AQ Khan network.

The network was run by Abdul Qadeer Khan, the father of Pakistan's nuclear weapons programme, and who is credited with selling sensitive nuclear technology to North Korea.

In 2004, Khan got a pardon from then Pakistan president Pervez Musharraf and made a televised confession saying he acted alone and absolved the Pakistan government of any hand or knowledge in the network.

Pakistan, backed by China, and India, backed by the US, are currently seeking the much-coveted membership of the Nuclear Suppliers Group (NSG), an elite group of 48 nuclear supplier countries.

On Monday, the NSG begins a week-long meeting in Seoul, South Korea, to decide on the membership of both India and Pakistan.

The controversy surrounding the training of North Korean scientists may or may not have much bearing on the outcome of the Seoul meeting, but it does amount to a curious footnote to the global debate on nuclear non-proliferation and missile technology control.