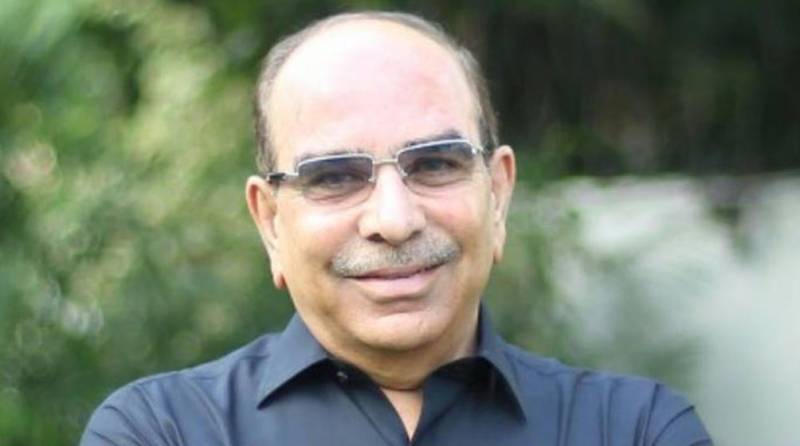 RAWALPINDI - The chairman of Bahria Town, Malik Riaz has narrated his life-changing experience for the youngsters who are disappointed in their life.

In a latest video message, the tycoon expressed that once he went to see his mentor and asked him to pray for him as he (Malik Riaz) was suffering from numerous problems in life.

The old man asked Riaz whether his work was based on the goodwill of people, to which he immediately replied in the affirmative and said that his daily routine was 100 percent for the benefit of common man.

The old man then asked Riaz: do you know every notable man who has achieved success, faced hurdles in his life following which the businessman replied in the positive and added that each and every human who was respected on a mass level faced problems in their lives, but then became a source of happiness for the humanity.

The Bahria town chief expressed that his mentor told him that everyone who wants to achieve greatness has to face troubles, adding that the biographies of such personalities are tantamount to their struggle in life.

Tell me a single poet, singer, writer and a player who found his destiny without facing difficulties; tell me a single scientist who received the guard of honour in his early age without having faced distress, Riaz' counsellor asked and replied that even people disliked Albert Einstein; Newton and Galileo were termed mad and Bill gates was called an illiterate man, adding that even no renowned businessman or industrialist was fortunate enough to shy away from distress.

Riaz revealed in his message that his teacher was of the opinion that the magnitude of difficulties will be as big as your deeds.

Your name and services will both die if you are not resisted in your life, he added.

After having listened to the remarks of the guide, Malik Riaz felt a bit relaxed and asked whether these troubles were his profit.

Upon this, the mentor replied yes and dew a juxtaposition that as money was the profit of a businessman, so were the difficulties and problems for the developers, creators and leaders of the world.