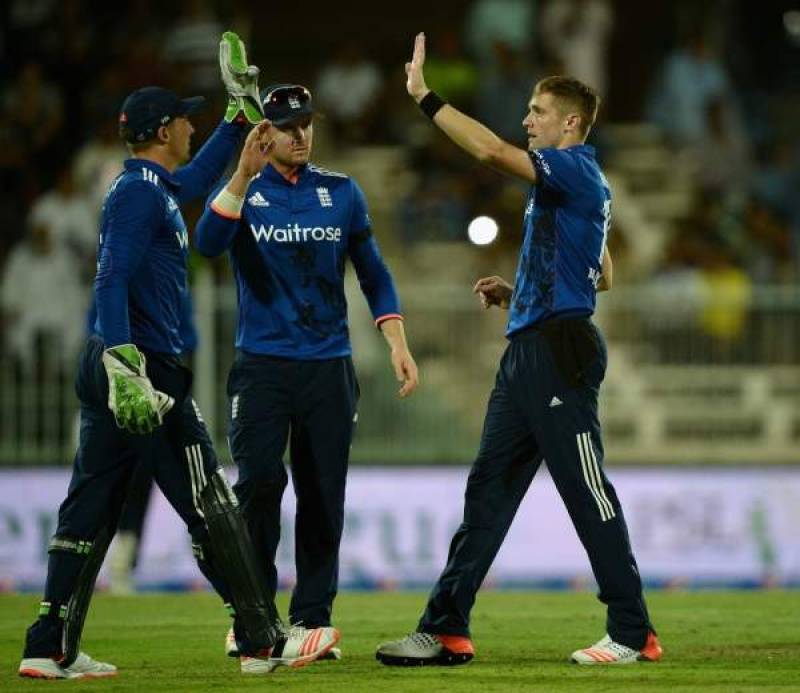 SHARJAH: Inform James Taylor along with Buttler sailed England across in 3rd One Day international against Pakistan at Sharjah Cricket Stadium, beating hosts by 6 wickets.

Despite having a steady start, Pakistan batting line up shambles again, it was more of their own sloppiness than English bowlers that dug their own grave, from 91,2 at one, stage, whole Pakistan team collapsed for 208, courtesy to Wahab’s last-minute fireworks, he went 33 not out, The News Tribe.com reported.

England in reply, were little shaky, as they lost couple of wickets under 3o runs.

But, then skipper Morgan along with Alex Hales put a 60 runs partnership before they both returned to pavilion with the gap of four balls.

Reigns of English batting lineup were then taken in hand by James Taylor, he along with Jose Buttler, fought harder to dangerous-looking Pakistani spin attack and grabber the victory for their team in 41st over.

Debutante Zafar Gohar, though little bit of expensive, took two key wickets to show his presence in the game.

England are 2-1 up in the series with one match to go.