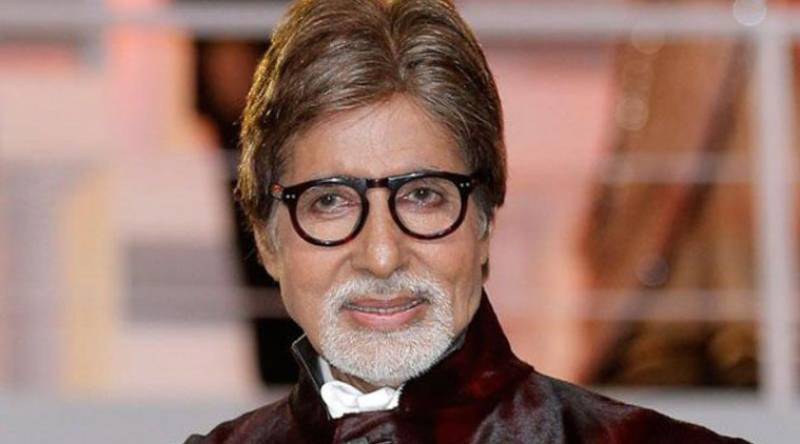 MUMBAI (Web Desk) - Local train commuters in Mumbai were in for a surprise as megastar Amitabh Bachchan was spotted singing during a ride on Sunday to raise money for cancer patients.

The 73-year-old actor accompanied Saurabh Nimbkar on the train from VT (Victoria Terminus) to Bhandup. Saurabh sings in the locals to raise money and was also featured on ​"Aaj Ki Raat Zindagi", a show hosted by Bachchan.

Big B's appearance came as a "surprise" for Nimbkar and for those who travel daily on the local train as the whole exercise was "executed without his knowledge".

T 2059 -Local from VT to Bhandup to support Saurabh, who sings in locals for charity to cancer .. sang with him .. pic.twitter.com/K3WiabhYU7

Saurabh plays guitar and sings on local trains and distributes the meagre amount he gets from co-passengers to the less fortunate cancer patients and their families in the city.

"... his story was heart breaking... I felt I would want to sit by him and travel the distance he does, do what he does, in a show of support and spirit for his incredible thinking.

"The idea is not to create a splash among the media, or to create credible content for them, or for the subsequent promotion of the show #Aaj Ki Raat Hai Zindagi... The idea is to let him know that he is not alone... That he is appreciated that our support runs even after he departs from the show," Bachchan further wrote in his blog. He also sang 'Rang barse' for the commuters. Here's the video:

"To hope that many others would feel the same way as we did when we heard his story... And perhaps that it may sufficiently light a small flame of hope for many other deeds that need to be done."