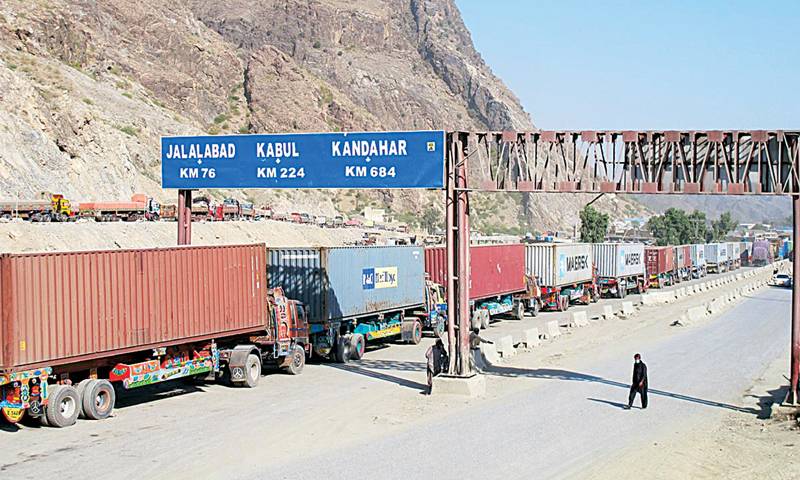 LANDI KOTAL - Trade activities at the Torkham border remained suspended on the second consecutive day on Friday in a blow to the businessmen on both sides of the crossing.

The suspension came as negotiations between the protesting custom clearing agents and officials of the customs department did not bear fruit.

A local clearing agent, Naseeb Khan stated that scores of trucks loaded with goods remained stranded on both sides as customs officials could not convince the clearing agents and transporters.

'The official team assured the clearing agents that their immediate grievances would be removed at local level while other demands related to the federal government would be taken up with Islamabad,' Naseeb added.

Mr Naseeb said that the clearing agents and transporters are pressing customs agents to accept all their three demands and the impasse has resulted in a massive loss.

As the deadlock is still in place, additional trucks loaded with fresh fruit and vegetables also arrived at the Afghan side of the border though there are no visible signs of putting an end to the strike.

The transporters are not only wary of the 'unprofessional' attitude of customs officers but are also sceptical of the role played by National Logistics Cell staff.

The Torkham border between Pakistan and Afghanistan is a witness to abrupt closures owing to issues pertaining to trade and security.

In October, the crossing remained closed for a couple of weeks due to Afghan parliamentary elections.