Wreckage of Argentine submarine found a year after disappearing in Atlantic 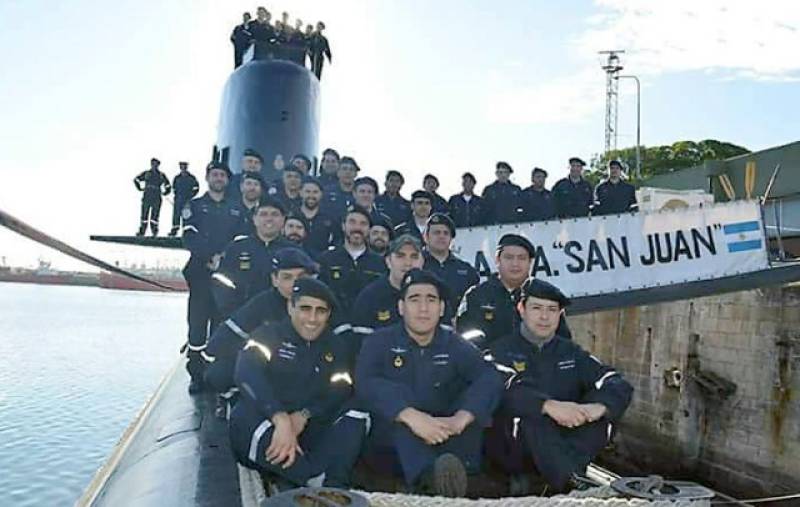 BUENOS AIRES - The wreckage of a submarine which went missing with 44 sailors on board a year ago has been located some 800 meters (2,620ft) near the Valdes Peninsula in the southern Atlantic, the country’s navy said Saturday.

RA San Juan submarine went missing on Nov. 15 last year, about 430 kilometers from the Argentine coast, with 44 crew members on board.

A massive international search was launched after the submarine went missing, but the initial rescue mission was called off after two weeks, with investigators unable to establish exactly where the submarine was lost.

But a US company Ocean Infinity, contracted by the Argentine authorities to search for the missing submarine, made discovery on Friday that they have located and positively identified the lost vessel off the Valdes Peninsula in Argentine Patagonia.

"Through the observation made with an ROV at 800 meters deep, positive identification has been given to #AraSanJuan," the Argentine Navy tweeted.

The San Juan was returning from a mission to Ushuaia—a city at the southernmost tip of South America—when it reported an “electrical breakdown.” Naval commander Gabriel Galeazzi said the ship surfaced and its crew explained they had a “short circuit” in the vessel’s batteries.