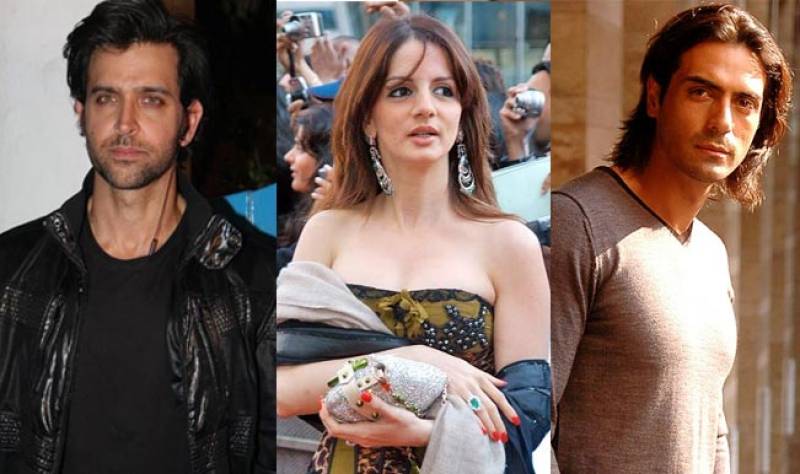 MUMBAI (Web Desk) - As Bollywood is abuzz with rumors that Hrithik Roshan's ex-wife Sussanne Khan is going to marry ex husband's best friend Arjun Rampal, Sussanne's mother has dismissed all such reports saying "There is no man in my daughter's life".

Zarine Khan, mother of Sussanne, said "My daughter is not getting married to any close friend of Hrithik Roshan. There is not an iota of truth in all this".

According reports in Indian media Arjun has also rebutted all such news. He tweeted something that points out to the rumors about his marriage with his friend's ex-wife.

Earlier when Hrithik Roshan and his ex-wife Sussanne Khan applied for divorce in April last year many reports suggested that Arjun Rampal was the reason behind their decision to part their ways.