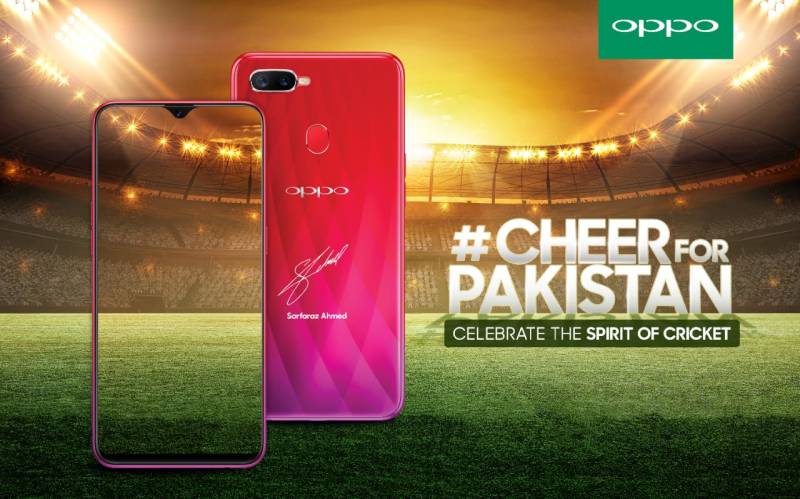 LAHORE -  OPPO, the Selfie Expert and Leader, has once again given an amazing opportunity to its users in Pakistan to get free cellphones.

The Chinese cellular company on Monday announced a giveaway campaign for their brand new smartphone from their flagship series, OPPO F9. This will be to celebrate the victory of the Pakistan team in every match of the Asia Cup 2018.

The contestants will be required to upload their 'patriotic' selfies on social media with #CheerforPakistan in the caption to enter the campaign.

The OPPO F9 is the latest release from OPPO’s ‘F’ series. It was launched on August 29 in Pakistan and has made hot sales all over the nation since its first sale on September 1st. The phone is a success in the market due to its VOOC Flash charge technology, spectacular exterior design, and groundbreaking specifications.

The tournament will comprise 12 matches played across the two venues in UAE, culminating in the final scheduled to be played at the Dubai International Cricket Stadium on September 28.

Sarfaraz Ahmed, the captain of the Pakistan Cricket team, will be giving out autographed OPPO F9 phones to lucky winners if Pakistan wins in any match during the Asia Cup. The giveaway will start with the much-awaited India vs Pakistan match that will take place on the 19th of September.

The Asia Cup, especially the match against India, is very important for Pakistan. As Sarfaraz said, “Every match against opponent India is crucial. We are going into the Asia Cup with full preparations and want the nation to support us. I am very thrilled to be a part of OPPO’s celebrations once again. The #CheerforPakistan campaign will definitely uplift our spirits and the patriotism of the nation and help us bring the Asia Cup home this time.”

Mr George Long, the CEO of OPPO Pakistan said, “OPPO is a big supporter of sports and has always been associated with sports and entertainment globally. We have decided to announce a giveaway in celebration for Pakistan’s every victory in the Asia Cup 2018.”