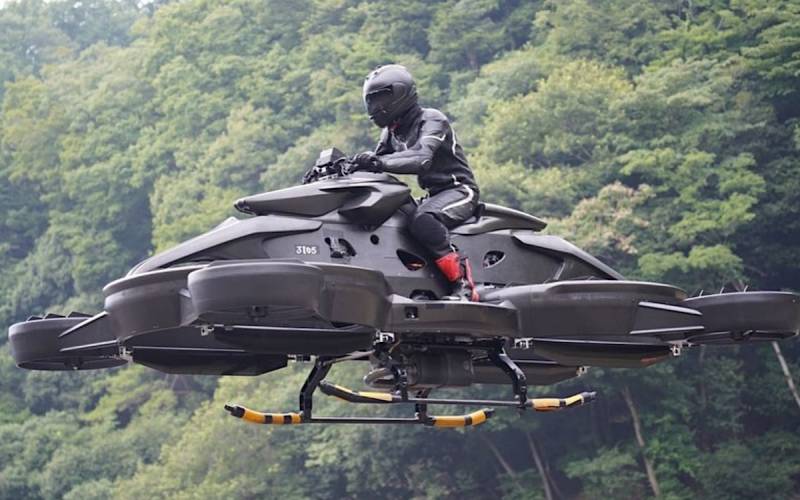 The world's first flying bike made its debut in the United States this week.

The manufacturers have plans to launch the model next year. In Japan, the flying bike is already on sale. According to the founder and CEO of AERWINS, Shuhei Komatsu, the company is planning to sell a smaller version in the US in 2023.

This is the world's first flying bike. The XTURISMO hoverbike is capable of flying for 40 minutes and can reach speeds of up to 62 mph pic.twitter.com/ZPZSHJsmZm

This hoverbike comes with a huge price of $777,000. However, AERWINS founder said that the company is trying to cut down the cost to $50,000 for a smaller, electric model but it will take 2-3 years and will be ready by 2025.

Co-chair of the Detroit Auto Show, Thad Szott, who took the bike for a test flight, said that the experience of riding a hoverbike was “comfortable” and "exhilarating" and felt like it was something straight out of a sci-fi movie. "I feel like I'm literally 15 years old and I just got out of 'Star Wars' and jumped on their bike," said Thad Szott.

Science fiction has now become a reality as a flying car successfully completed its first-ever inter-city flight in ...