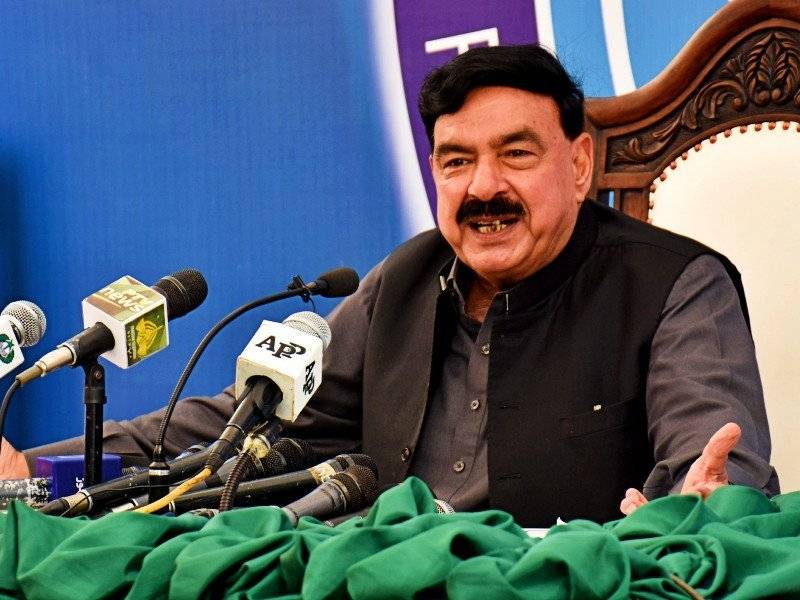 "No negotiation process is underway with the TLP," the minister told the media at an Islamabad Ramadan bazaar on Sunday, adding that all motorways, GT road, and linking highways are open for traffic.

He detailed that 192 locations across the country had been sealed by the banned outfit.

"The situation is a bit tense at Yateem Khana Chowk in Lahore where the Jamia Masjid Rahmatul Lil Alameen is located," he said. "Currently, all roads including the GT Road and the Murree Expressway are open [for traffic]," he said.

During Sunday clash, 11 police officials were injured after workers of the recently proscribed party "brutally tortured" a deputy superintendent of police (DSP) and took him, as well as four other officials, hostage.

Meanwhile, according to the party's workers, at least three protesters were killed and several others injured during the clash.

The Punjab government had on Saturday placed Saad Rizvi, the chief of the banned party TLP, on the fourth schedule of the Anti-Terrorism Act (ATA). In a notification, Punjab's home department had said his assets have been frozen, and his national identity card has been blocked — which means he cannot conduct transactions via banks, nor can he sell or purchase any property.

Similarly, the National Counter-Terrorism Authority, a day earlier, had placed TLP on the proscribed organisations list.