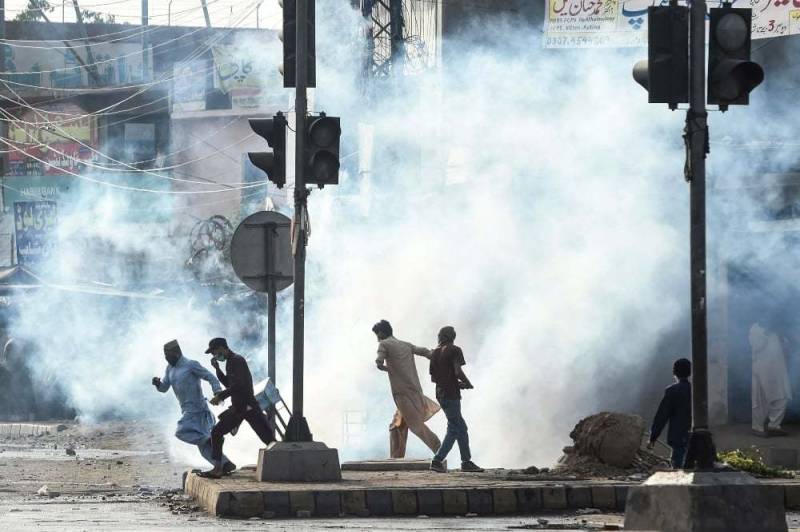 LAHORE – The workers of recently proscribed Tehreek-e-Labbaik Pakistan (TLP) tortured a deputy superintendent of police (DSP) and took him along with four other policemen during an attack on Nawankot Police Station in Lahore on Sunday, according to an official statement.

Punjab Police said that the violence occurred after "miscreants" – in an apparent reference to TLP workers – attacked a police station and abducted the DSP.

“Today in the early morning, miscreants attacked Nawankot Police Station where Rangers and Police Officers were trapped inside the police station and DSP Nawankot kidnapped and taken to the markaz. At least one oil tanker with 50,000 litres of petrol has been taken by the miscreants to the markaz. The miscreants were armed and attacked Rangers/police with petrol bombs. Police and Rangers pushed them back and took back the possession of the police station. Police did not plan or conducted any operation against the mosque or the madrassa. The action, if any, was in self defence and to protect the public property,” said the police statement.

The police spokesperson said 11 police officials were injured during the attack by TLP workers.

Meanwhile, the banned TLP claimed that three protesters were killed and several others injured during the clash.

A TLP spokesperson said the clash started when police launched an operation to clear the area around Lahore's Yateem Khana Chowk, where workers of the banned party have been staging a protest since earlier this week.