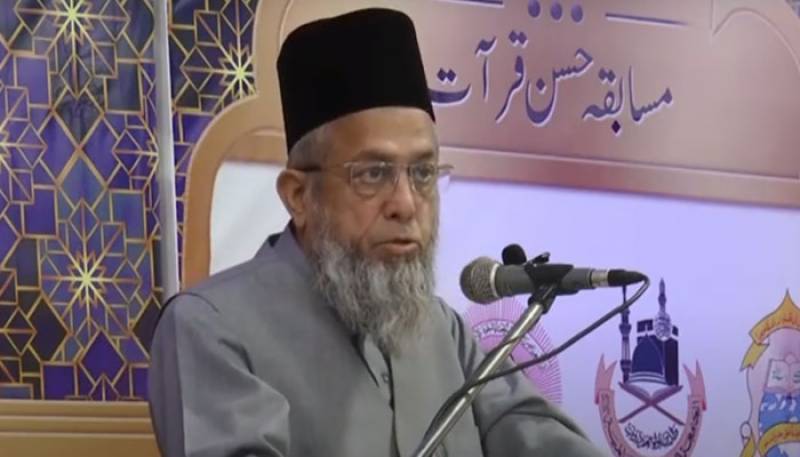 KARACHI – Family of renowned religious scholar Mualana Adil, who was killed along with his driver by unknown assailants on a busy road in Karachi on Saturday night, has refused to register FIR against the murder of the cleric, it emerged on Monday.

Reasons behind the family’s reluctance are yet to surface while the case against the murder of the scholar will be registered with state as plaintiff.

The case of the high profile killing could not be registered despite the lapse of two days as police were waiting for an application from the family.

Maulana Dr Adil Khan was laid to rest on Sunday. His funeral prayers were offered at Jamia Farooqia Hub River Road Phase II. He was buried at Farooqia University next to his father Maulana Saleemullah Khan.

On Saturday, the prominent religious scholar and his driver were gunned down during a suspected targeted killing case near Shama Shopping plaza.

According to police, Dr Adil, his driver and another person named Umair were travelling in a Vigo car when they stopped near Shama Shopping plaza to buy something.

Umair left the vehicle to buy some sweets when unknown assailants opened fire on the vehicle and fled the scene.

Dr Adil and his driver received bullet injuries during the attack.

The scholar was shifted to Liaquat National Hospital where he was pronounced dead on arrival, the police said, adding that driver, Maqsood Ahmad, was taken to Jinnah Postgraduate Medical Centre (JPMC) but he could also not survive.

Maulana Adil had complted a PhD in religious studies and had been taught in Malaysian before coming back to Karachi a few years ago.