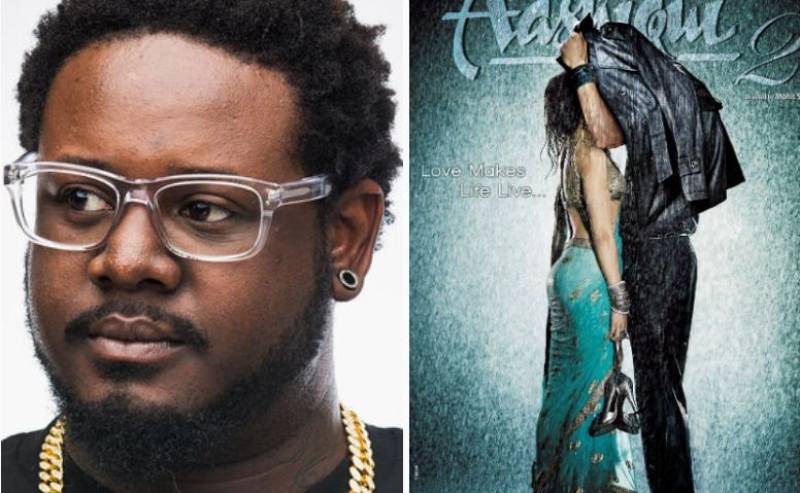 NEW YORK - A hit Bollywood song of the year 2013, Tum Hi Ho from Aashiqui 2 is back in the news after American rapper T-Pain tweeted a new single titled That’s Yo Money which included Tum Hi Ho's tune.

T-Pain had shared a few notes from the new song on his social media account on Friday and was caught red-handed by the Bollywood music composer Mithoon who then filed an online complaint against T-Pain.

YouTube then blocked the track of US rapper on the grounds of copyright violation as the melodies of the two songs appeared to have high similarities.

“Sir, the melody that you have used in your new song is my original work for a previously released Hindi film. The Label is looking into this. #tumhiho #Aashiqui2,” Mithoon tweeted.

Sir, the melody that you have used in your new song is my original work for a previously released Hindi film..The Label is looking into this.#tumhiho #Aashiqui2 https://t.co/5fnDf4sfg7

T-Pain also responded to his latest song's ban in a tweet:

T-Pain had written that "he was being dragged down by brown Twitter" and also stated that he neither produced the song nor did he know the source of the music sampled in his track and that the music label will be in touch.

To the arrogant tweet by US rapper, Mithoon was quick to reply calling him 'Shameless':

Brown Twitter !! Sir is that what your response is .?? is this a apology or foolish ignorance .if you hadn’t been so stuck up in your world and realised that this song has crossed over a billion streaming’s .maybe you would understand #Shameless @Mithoon11 @itsBhushanKumar