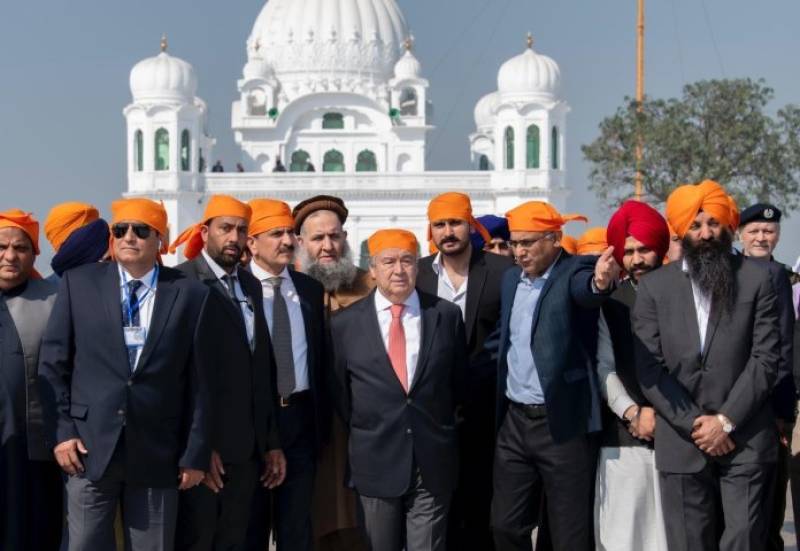 He acknowledged this fact during his visit to Darbar Sahib Kartarpur, recently developed and opened up by Pakistan for Sikh community from across the world, in Narowal district of Punjab.

The UN Secretary General remarked that Kartarpur Corridor Project is a glaring example of Pakistan’s advocacy for peace and interfaith harmony in the world in general and in the region in particular.

Guterres was confident that Karturpur Corridor would further harness peace, tolerance, love, brotherhood and interfaith harmony not only in the region but also the world over.

The UN chief also appreciated the facilities being provided by Pakistan government to Sikh Yatrees (pilgrims) and general visitors at Darbar Sahib Kartarpur.

LAHORE – United Nations Secretary General Antonio Guterres along with his delegation paid a visit to historic ...

The UN dignitary was also briefed in detail about Kartarpur Corridor Project including the facilities by Pakistan government, and the project’s agreement between Pakistan and India.

He was apprised that Prime Minister Imran Khan had taken initiative of Kartarpur Corridor Project to facilitate Sikh community of India and rest of the world.

While wearing an orange scarf, a tenet of Sikh religion, Antonio Guterres took a round of various sections of Darbar Sahib. He was also served with traditional food in lunch. While a good number of Sikh Yatrees from India was also present.

It is to mention that law enforcement agencies put a foolproof security apparatus in place in and around the Darbar Sahib Kartarpur.