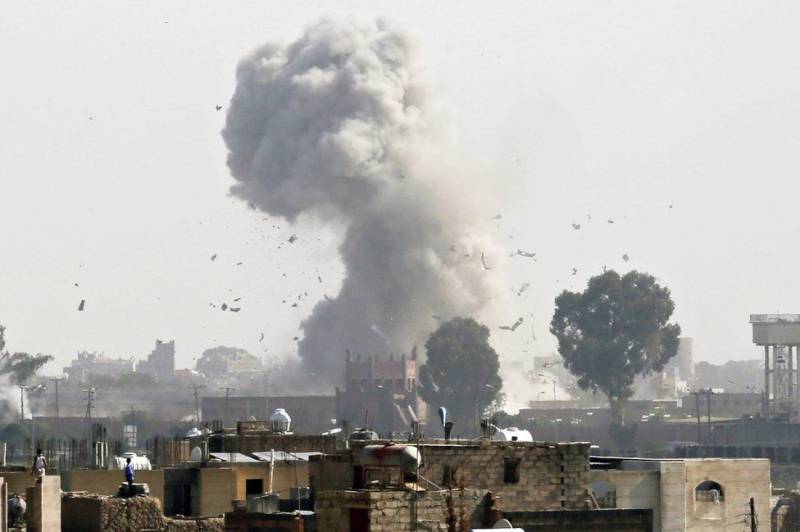 ADEN – The Saudi-led coalition carried out airstrikes against Houthi rebels in the Yemeni capital of Sanaa, killing 14 people, it emerged on Tuesday.

The strikes were launched a day after the Hothi group launched a deadly attack on the United Arab Emirates (UAE), killing three people in Abu Dhabi, on Monday.

The Joint Forces Command of the Coalition said that it had intercepted a total of eight bomb-laden drones that were launched towards Saudi Arabia to deliberately and systematically target civilians and civilian objects.

Reports said that the home of a former military official was targeted in the alliance airstrike that killed him, his wife, his 25-year-old son, other family members, and some unidentified people.

Coalition strikes around the city had killed 20 people, the deputy foreign minister for the Houthi administration claimed on Twitter.

Houthi-run Al Masirah TV said that several houses were damaged during the strikes.

Monday's Houthi-claimed attack on two sites in the UAE set off explosions in oil tankers, killing three people and breaking out a fire near Abu Dhabi airport.

ISLAMABAD – Pakistani embassy in the United Arab Emirates (UAE) said it was in close touch with the authorities ...