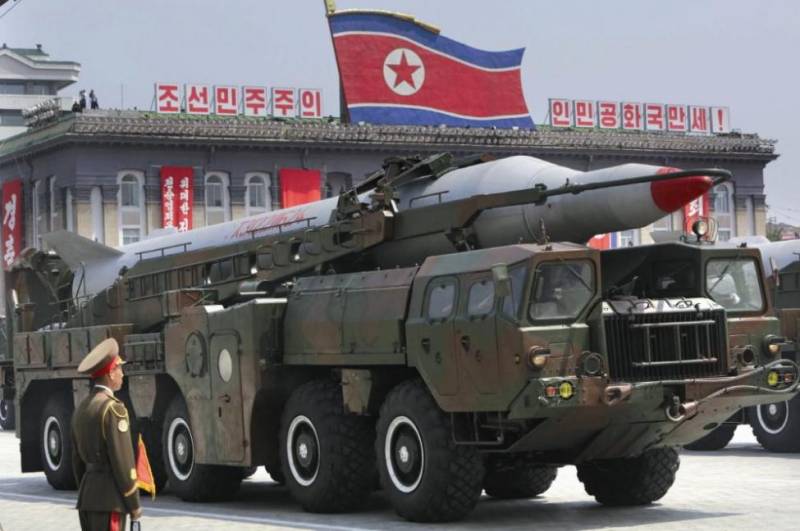 PYONGYANG - North Korea did not display intercontinental ballistic missiles (ICBMs) at a parade staged on the occasion of the 70th anniversary of the country's founding on Sunday.

The non-display of ICBM's at military parade expressed North Korea's leader Kim Jong-un’s desire to refrain from provoking US President Donald Trump for the resumption of denuclearisation talks.

At the February parade, Pyongyang displayed what appeared to be intercontinental ballistic missiles like the Hwasong-15 missile, capable of delivering a nuclear weapon to any city on the US mainland, in a thinly veiled threat to Washington.

At the end of the parade, Kim and Li Zhanshu, the third-highest ranking official in the ruling Communist Party of China, raised hands together and waved to the audience from the balcony.

Sunday’s military parade was the first since Kim and Trump held their historic summit meeting in June in Singapore. All eyes were on whether ICBMs would be rolled out at the parade.

Although Kim promised Trump in June to achieve “complete” denuclearization of the Korean Peninsula in return for security guarantees from Washington, scepticism has been lingering about North Korea’s intention to implement concrete measures toward it.

But in talks with special envoys of South Korean President Moon Jae-in on Wednesday in Pyongyang, Kim reiterated his commitment to attaining denuclearisation on the Korean Peninsula.

Kim has recently pledged to bolster the nation’s economy instead of developing nuclear weapons and ballistic missiles.

North Korea has also agreed to hold a summit meeting between Moon and Kim in Pyongyang on September 18-20, the South Korean government said.