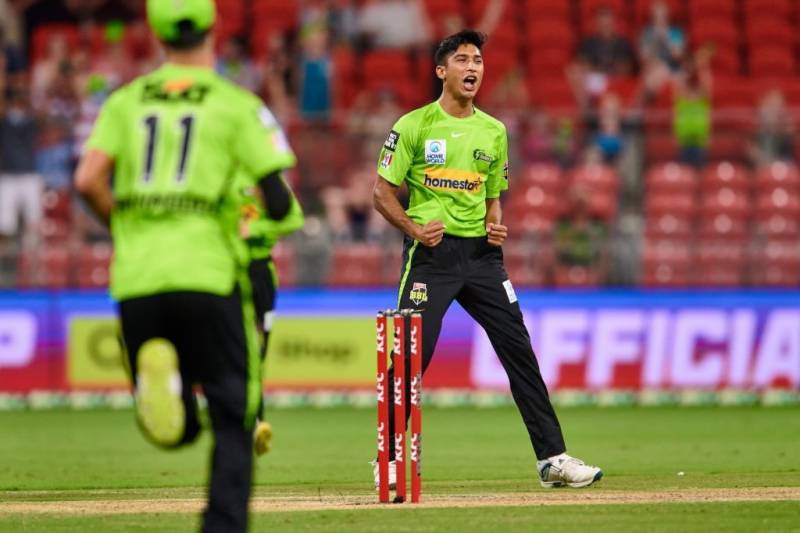 LAHORE – Young Pakistani Mohammad Hasnain has been sent for testing on his bowling action after it was questioned by Big Bash League (BBL) umpires this month.

The 21-year-old fast bowler will undergo tests this week at the ICC-accredited biomechanics laboratory in Lahore.

He has just finished a seven-game stint with the Sydney Thunder where he displayed stunning performance by bowling 155kph deliveries.

He has played internationally for Pakistan in ODI and T20 cricket.

Earlier this month, Hasnain began his Big Bash League (BBL) journey with a bang as he claimed three wickets in his maiden over while playing against Adelaide Strikers in Australia.

The 21-year-old had dismissed Matthew Short, Jake Weatherald and Jonathan Wells in the third over of the match.