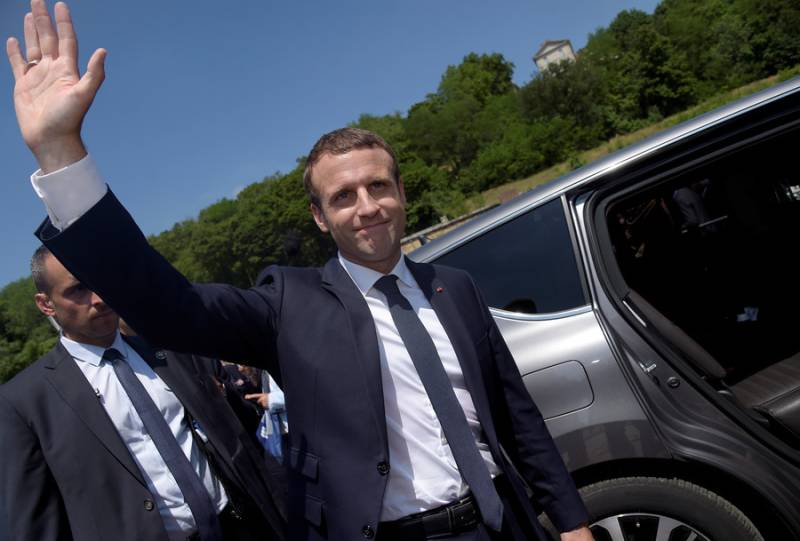 PARIS - French President Emmanuel Macron has scored another political victory, this time with his party ‘Republic on the Move’ (LREM), which is projected to win a majority of seats in the second round of France’s parliamentary elections, according to polls.

Republicans on the March (LREM, formerly El March!) formed by the 39-year-old former banker a year ago, is bound for between 355 and 425 seats out of 577, exit polls show, one of the highest majorities since Charles de Gaulle in 1968, giving him a strong mandate to start implementing his policies.

The right-wing Republicans and their allies emerged in the exit polls as the largest opposition party, with 125 seats. The National Front, led by anti-immigration, Eurosceptic candidate Marine Le Pen, who ran against Macron in the presidential race and won 33.9 percent of the vote, was estimated to have won a mere eight seats. Le Pen, personally, won one of those parliamentary seats on Sunday.

Turnout, however, was low, estimated at 42 percent by French pollster Elabe, while Ipsos/Sopra Steria placed it at around 43 percent. This was a lower turnout than the first round of voting on June 11, in which 48.7 percent of the electorate came out to vote. The Interior Ministry reported at 15:00 local time that the turnout was the lowest since 1997, and official data showed only 35.33 percent of the electorate turned up to cast their ballot by 17:00.