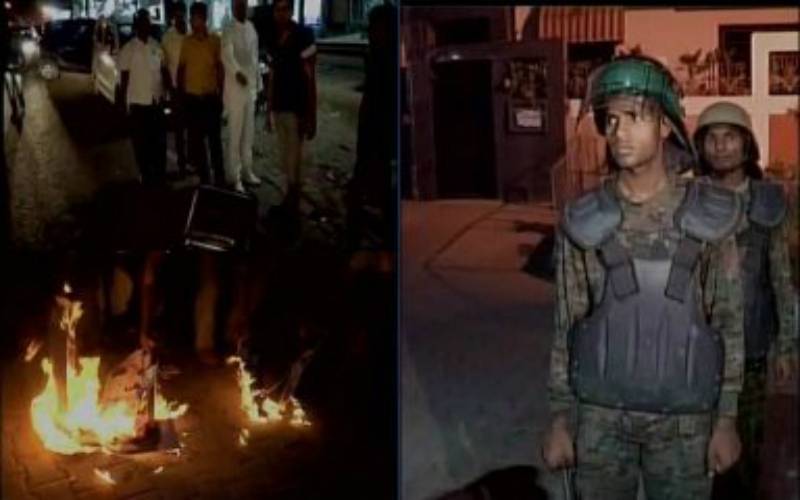 According to ANI, a crowd of people in Kanpur and Haridwar staged a protest against the Indian cricket team after they faced a humiliating defeat from Pakistan in the Champions Trophy 2017. People burnt up the posters of Indian players and broke TV sets on the roads.

The Indian fans expected team India to lift the ICC Champions Trophy yet another time ahead of the finals against Pakistan on June 18. However, Pakistan outplayed Virat Kohli and Co. and defeated them by a huge margin of 180 runs. The Indian bowlers failed to take wickets in the first half and in the later half, the star-studded batting line-up collapsed like a house of cards. As soon as India lost the match to Pakistan, furious Indian fans started expressing their anger against the Indian cricket team on the city streets.