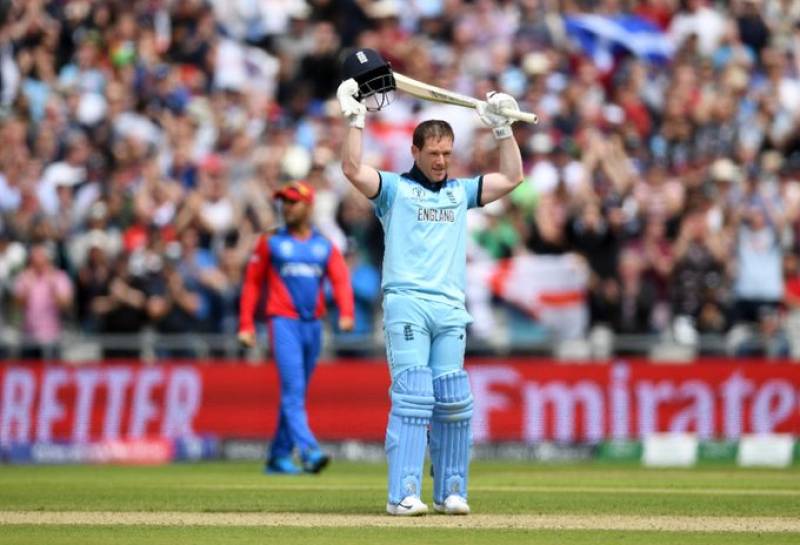 MANCHESTER – Captain Eoin Morgan broke the record for the number of sixes in a one-day international with an astonishing display of hitting in England's 150-run World Cup win over Afghanistan on Tuesday.

Morgan hit 17 sixes in his career-best 148 from 71 balls at Old Trafford, with England's total of 25 sixes for any team in an ODI innings also a new world record.

Jonny Bairstow made 90 and Joe Root 88 as the hosts racked up 397-6, their highest total in a World Cup match, bettering the 386-6 they piled on against Bangladesh only 10 days ago.

Afghanistan ended a processional second half of the game on 247-8.

The win lifts England to the top of the 10-team table, ahead of Australia on net run-rate.

Afghanistan remain rooted to the bottom, having lost all five of their games.