Sania Mirza, Veena Malik get into online feud after Pakistan's defeat against India 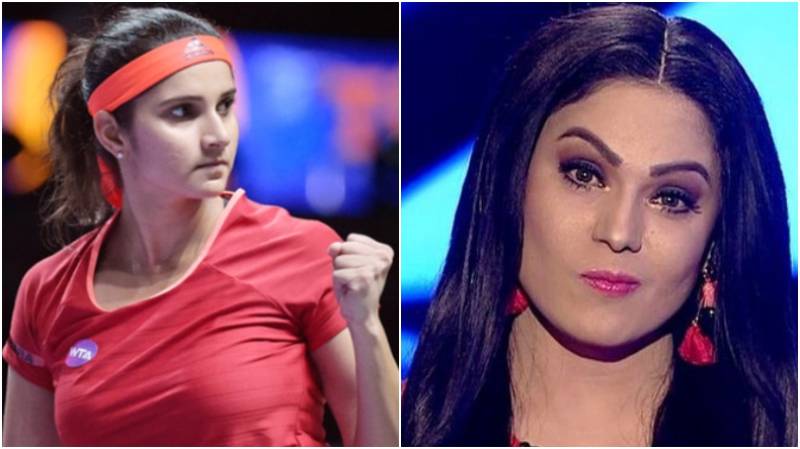 MANCHESTER - After a poor performance against India on Sunday, 16 June, in Manchester, Pakistani players have come under the scrutiny of the internet and cricket experts.

Pakistan lost to India by 89 runs, Shoaib Malik on Sunday, the most senior player in the team was being criticised by fans for his poor performance.

But things got out of hands when a video of him and wife, Indian tennis player, Sania Mirza at a restaurant with some friends surfaced online.

The video in which Shoaib Malik and Sania Mirza are seen with Wahab Riaz and Imam-ul-Haq has led to different theories and stories on social and mainstream media.

The video of Shoaib Malik with his wife and friends enjoying dine faced harsh criticism by many social media users including the former Pakistani actress and celebrity Veena Malik.

MANCHESTER - Indian tennis star, Sania Mirza took a strong exception to the criticism directed at her for having ...

Veena Malik had posted a tweet addressing Mrs Malik precisely and she also castigated her for taking her infant child to a sheesha bar as well as visiting a place which serves unhealthy food that is not good for her husband.

Sania, I am actually so worried for the kid. You guys took him to a sheesha place isn't it Hazardious? Also as far as I know Archie's is all about junk food which isn't good for athletes/Boys. You must know well as you are mother and athlete yourself? https://t.co/RRhaDfggus

Here's what Sania Mirza had replied to Veena Malik's tweet:

Veena,I hav not taken my kid to a sheesha place. Not that it’s any of your or the rest of the world’s business cause I think I care bout my son a lot more than anyone else does :) secondly I am not Pakistan cricket team’s dietician nor am I their mother or principal or teacher https://t.co/R4lXSm794B

Sania also took down her ‘junk food for athlete’ comment by saying that she is "not Pakistan cricket team's dietician nor am I their mother to know when they sleep, wake up and eat".

Great to hear that u didn't took ur kid their. Oh did I mentioned you are a dietician or mother of the Pak team? I said u are an athlete and u must know how much fitness is important for athletes.Also aren't u a wife of cricketer? U should take care of his wellbeing.Isn't it? https://t.co/zZKS3r0xSk

Okay so this Happened. First, she tweeted then deleted that tweet right away and blocked me. I mentioned my concerns in a very civilised, calm & composed manner. It could have been a healthy debate. pic.twitter.com/aw6C36xI3o

Also your tweet shows that me being worried for my country and cricket team has triggered you so much. Thank you for opening up to the world and showing your true colors!
Much Love Veena Malik 💞✨

Veena ended her part by sharing a brief tweet addressing Sania as 'Dearest Bhabi' which stated that "Attacking someone personally and reaching new heights of being low will not take you anywhere. "

Dearest Bhabhi,
Attacking someone personally and reaching new heights of being low will not take you anywhere.
Love,
Veena Malik. https://t.co/eaB1ua1ZPR

To which later on, Sania Mirza had also posted a general tweet without mentioning any name and stated that “Twitter cracks me up. And some people for sure,” she also advised people that "One should opt other mediums to take their frustrations out rather than social media".

Twitter cracks me up 😂 and some ppl for sure .. you guys really need other mediums of taking your frustrations out ..
peace out guys ✌🏽 it’s break time 😉

After going through the exchange between the two celebrities, we can say that this online spat was somewhat equally intense as the India-Pakistan high-octane clash at Manchester this Sunday.