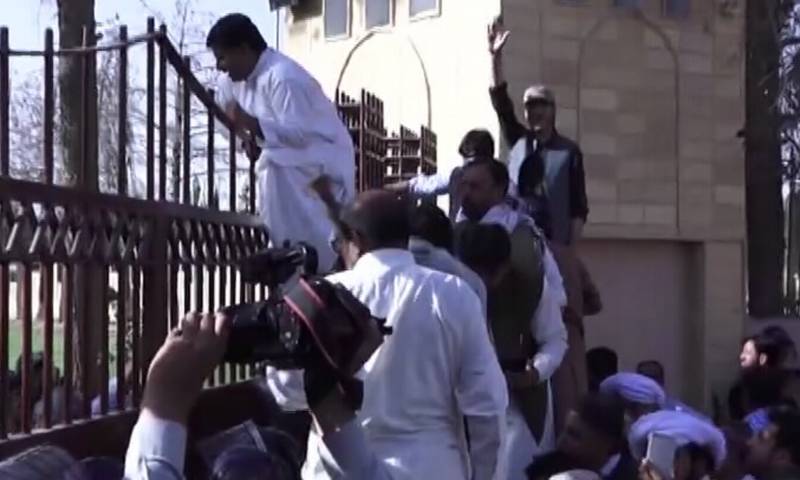 QUETTA – The Balochistan government Friday presented its budget for the next fiscal year 2021-22 with a total outlay of Rs584.083 billion amid massive demonstrations by opposition lawmakers and their supporters.

The budget session of the provincial assembly also started a few hours later than the scheduled time dut the protest launched against unfair distribution of funds.

Presenting the budget in the House, Provincial Finance Minister Zahoor Ahmed Buledi said Rs237 billion have been allocated for developmental and more than Rs346 billion for Non-Developmental expenditures.

Zahoor Ahmed Buledi said more than Rs55 billion rupees have been allocated for the improvement of the health sector while over Rs61 billion set aside for the school section of the education sector.

Rs21 billion have been allocated for the uplift of higher education in the province.

The Finance Minister said more than Rs20 billion have been earmarked for agriculture sector.

Earlier today, opposition lawmakers and their supporters clashed with police outside the Balochistan Assembly when former locked up all gates of assembly to prevent the government from unveiling the budget for next fiscal year 2021-22.

The security officials fired shells and baton-charged the protests to disperse them and open the gates of the assembly so the budget session, which was scheduled to convene at 4:00pm, could begin.

After the administrative staff and opposition failed to reach a deal, police officials deputed at the assembly broke a gate in order to take the lawmakers inside the assembly.

Chief Minister Balochistan Jam Kamal Khan and a few other lawmakers have reached the assembly after they were escorted by police.

Lawmakers from the Jamiat Ulema-e-Islam, Balochistan National Party-Mengal, Pashtunkhwa Milli Awami party and independent candidates have been protesting for four days over the alleged neglect of their constituencies in the budget.

A day earlier, opposition parties had blocked national highways to intensify the protests.