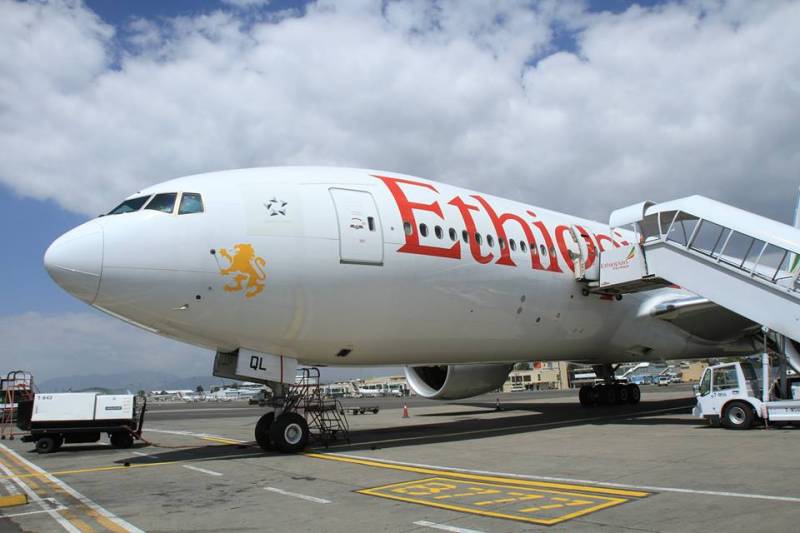 LAHORE - An Ethiopian Airlines plane was forced to make an emergency landing in Lahore on Saturday after two passengers indulged in a skirmish.

According to airport sources, Boeing 777 jet was heading to Beijing from Addis Ababa when two passengers got into a brawl during the flight.

The plane, which was carrying more than 300 passengers, made an emergency landing at Allama Iqbal International Airport around 10:40 am.

Upon landing, the two men were arrested by the Airport Security Force (ASF).