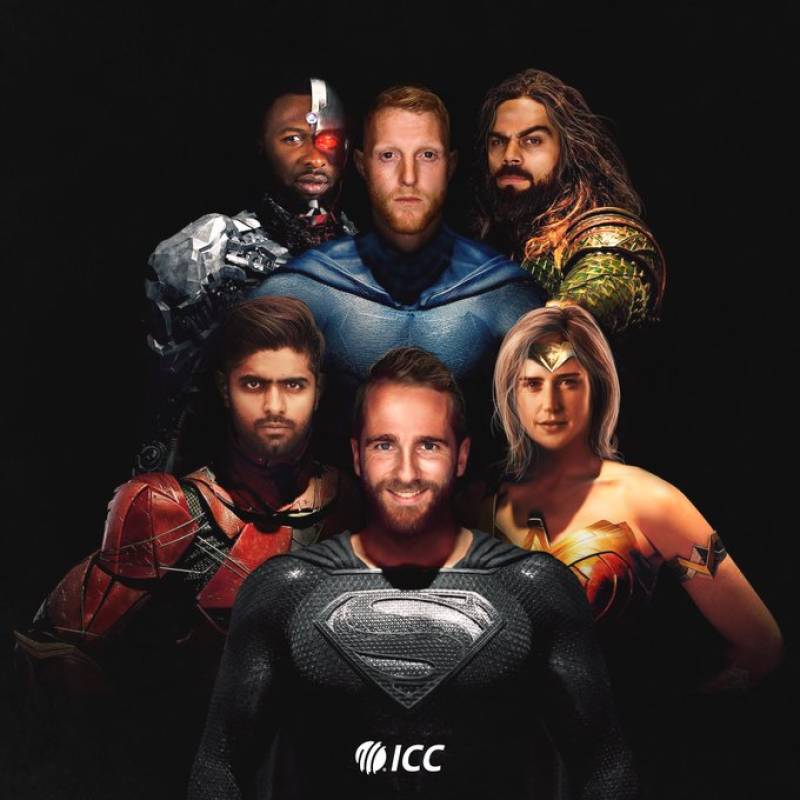 The top cricket body took to Twitter and posted an image with a caption, "Unite the League. #SnyderCut."

Fans were amused to see that Babar Azam's face has been Photoshopped atop The Flash's body while Virat Kohli has been recognised as Aquaman by the ICC. Ben Stokes has been referred to as Batman while Ellyse Perry is Wonder Woman. Kane Williamson has been shown as Superman.

DUBAI – Pakistan skipper Babar Azam has been ranked among top 10 best batsman of the world in all formats of ...