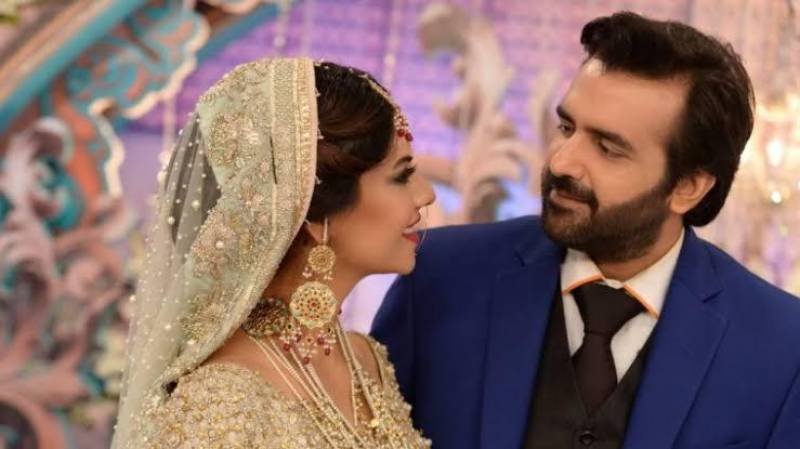 Supermodel Sunita Marshall and actor Hassan Ahmad have been married for more than a decade now and the audience adores the couple both on and off-screen couple.

Recently, the celebrity couple was hosted by Ahsan Khan on his show Time Out with Ahsan Khan. The duo got candid about their journey, marriage and their future plans.

Since Ahmed and Marshall come from different backgrounds i.e. Hassan a Muslim while Sunita a Christian, Khan also posed the question about the faith of their children.

The Mushq actor told that it gets difficult for the kids to absorb different intricacies of religions but their kids are Muslim. “Our kids are 100% Muslim but we don’t restrict them from celebrating any other festivities. On Christmas, they celebrate just like how it’s done in my family.”, the 35-year-old model revealed.

Reflecting on their differences, the 38-year-old actor added, “My family always had issues with my relationship. But my father has always been supportive of me. My mother being religious was concerned about how things would be in our future, the kids and so much more...”

While talking about religious conflicts present in their household, the couple confessed that contrary to what people assume, they do face some issues.

Giving an example Ahmed said, "For instance, around Christmas, we decorate the tree and have a certain place in the house but my family disagrees to even have it in our home,” admitted Ahmed. “My kids don’t go to church or perform activities but being a part of festivities from where my wife comes from, teaches them how to respect others who are different than you,”

Back in 2009, Marshall married Hassan Ahmed in an Islamic wedding and Catholic wedding. The couple has two children, one boy Raakin Ahmed and girl named Zynah Ahmed.

Despite the split, former couple Syra Yousuf and Shahroz are all set to grace the big screen as their previously halted ...