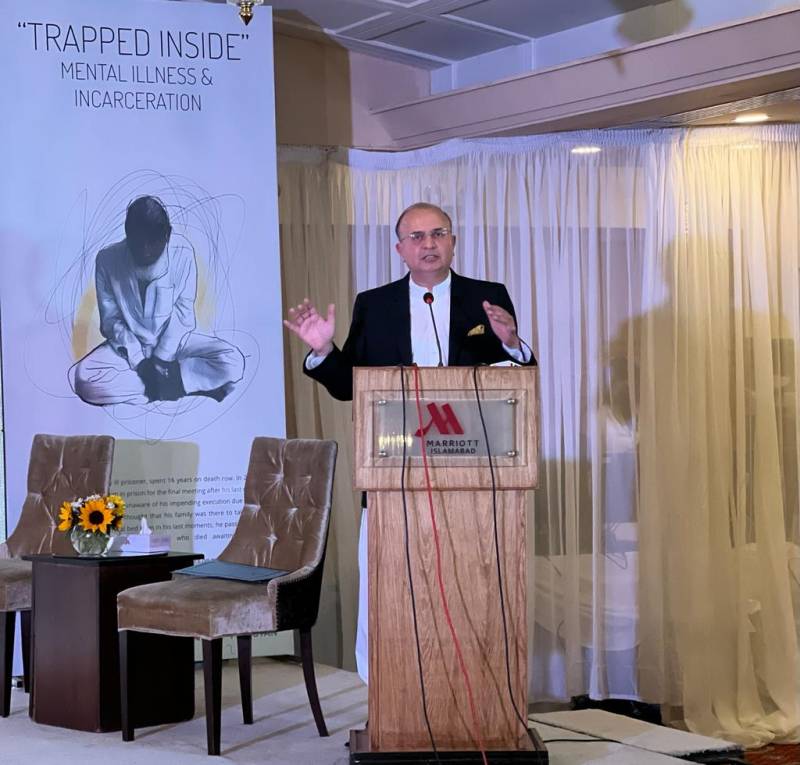 ISLAMABAD – Justice Syed Mansoor Ali Shah of the Supreme Court of Pakistan has said that a judge who doesn’t have the knowledge of science cannot write a good judgment.

Speaking at a ceremony, which was organised to discuss the issue of the mentally ill prisoners, Justice Shah said the Safia Bano case is an exemplary one. He said the top court gave a historic judgment in a case involving mentally ill prisoners a year ago and this verdict opened the doors of the courts for science.

The Justice Project Pakistan, which hosted the ceremony, released a report titled “Trapped Inside: Mental Illness and Incarceration” in collaboration with Australia’s Monash University. Acting Australian Ambassador to Pakistan Bryce Hutchison also spoke at the ceremony.

According to the report, mentally ill people face severe punishments because their problems are not usually diagnosed on time and investigation officers, judicial officials, lawyers and judges are not aware of their problems, rights and needs.

A five-member larger bench of the Supreme Court had given a judgement in the mentally ill prisoners’ case last year.

The judgement said that prisoners who were unable to understand the meaning and reasons for their punishment should not be executed.

The court had commuted the death sentences of Kaneezan Bibi, who had been imprisoned for 30 years, and Imdad Ali, who had been imprisoned for 16 years, to life imprisonment. The court had also directed the authorities to send another mercy appeal to the president for prisoner Ghulam Abbas. All these three prisoners were suffering from schizophrenia.

The court had also directed the federal and the provincial governments to reform the laws relating to mentally ill prisoners, set up medical boards and initiate training programmes.

Justice Project Pakistan Executive Director Sarah Belal said the Supreme Court judgement was a milestone and expressed the hope that directives given in this judgement would be enforced throughout Pakistan.