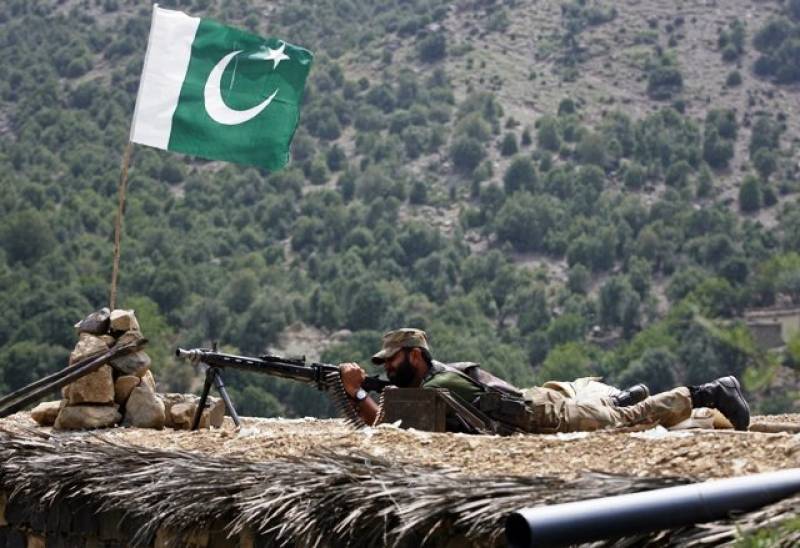 SIALKOT - Four Pakistanis were martyred on Friday when Indian forces resorted to unprovoked firing on a civilian population across the Working Boundary in Sialkot.

According to Inter Services Public Relations (ISPR), the victims who were martyred in a fresh spasm of violence, include one woman and three children.

"The Punjab Rangers conducted retaliatory fire, and an exchange of fire is taking place intermittently," added the military's media wing.

Indian forces frequently conduct cross-border violations along with Working Boundary as well as in Kashmir across the Line of Control, resulting in the deaths of innocent civilians, contrary to international norms.

Pakistan has been constantly engaged with New Delhi over devising a mechanism to avoid casualties. Earlier, last month,, Pakistan's Director General Military Operations (DGMO) took up the issue of continuing ceasefire violations by Indian army in a hotline contact with his Indian counterpart.

Statistically, in 2018, 219 innocent civilians, including 112 women and children, have either been martyred or injured because of targeted Indian ceasefire violations, the statement read.