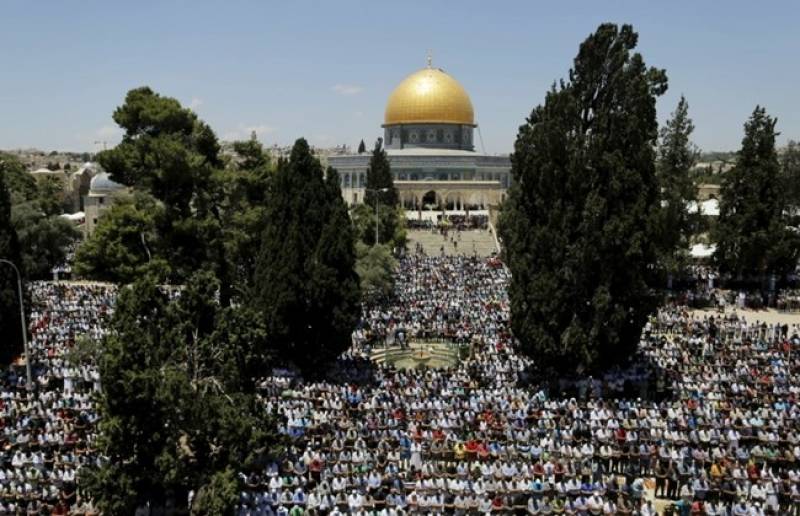 OCCUPIED EAST JERUSALEM - More than 100,000 Palestinians, many of them from the occupied West Bank, have made their way to the al-Aqsa Mosque compound in Jerusalem for the first Friday of Ramadan.

Palestinians from the occupied territories, who otherwise cannot access Jerusalem, are typically allowed to enter the city under strict conditions during the Fridays of the Muslim holy month.

On most days, Qalandiya checkpoint, the main gateway in the West Bank to Jerusalem and beyond, resembles a land border, complete with terminals, turnstiles and security detectors. 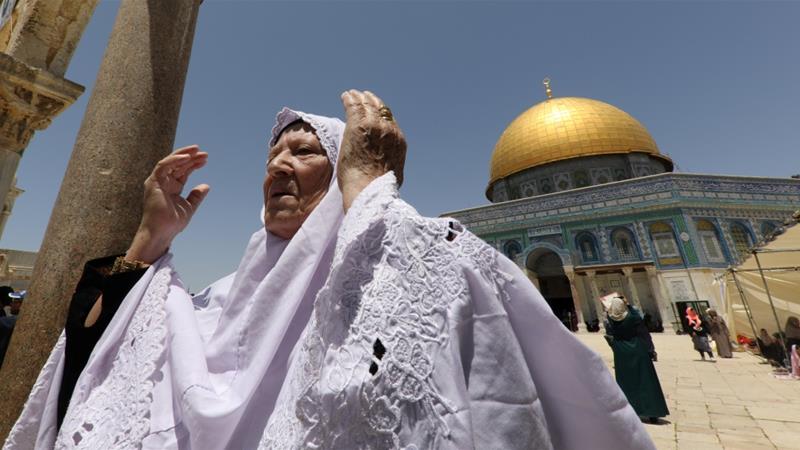 This time, Palestinian men over 40 and women of all ages were allowed to pass, with most streaming past concrete barriers without being stopped, as Israeli soldiers stood close by.

Occasionally, a man would be stopped and asked for his Israeli military-issued ID to determine whether he was of the appropriate age to pass through or not.

Some mothers had brought their younger teenage sons with them, hoping that they would be overlooked and not subject to stringent searching.

Munira Abu Nasra, 40, walked past the soldiers in a sure-mannered way, holding in one hand her nine-year-old son and a bag in the other.

"I had a feeling that this Friday there wouldn't be a lot of people crossing Qalandiya," she told the media that her eyes sweeping over the thin moving crowds of people.

"That's why I made sure to come today."

On Monday, several hundred Palestinians gathered in Jerusalem to protest against the relocation of the US embassy to the city, a move widely criticised by the international community.

The relocation ceremony took place as the Israeli army killed at least 62 Palestinians in the Gaza Strip who rallied as part of the Great March of Return movement calling for the right of refugees to return to the areas from which they were forcibly removed in 1948, when the state of Israel was created.

"People are not sure whether the situation is stable enough and are still afraid of going to Jerusalem, in light of last week's events," said Abu Nasra.

Travel permits are usually granted during Ramadan for Palestinians of all ages, yet so far they are yet to be issued by the Israeli military administration. Additionally, no permits as of yet were issued to Palestinians in the Gaza Strip.

Abu Nasra is from the town of Bir Nabala, which is an east Jerusalem suburb that was cut off from the city by the separation wall and now counted as West Bank territory.

"It's important to go to Jerusalem whenever we can," Abu Nasra said, as she reached the other side of the checkpoint where buses were waiting to ferry people off to Jerusalem. "I have another son who is 16 and there's no way he can cross through Qalandiya."