No positive development in offshore exploration at Kekra-1: Nadeem Babar 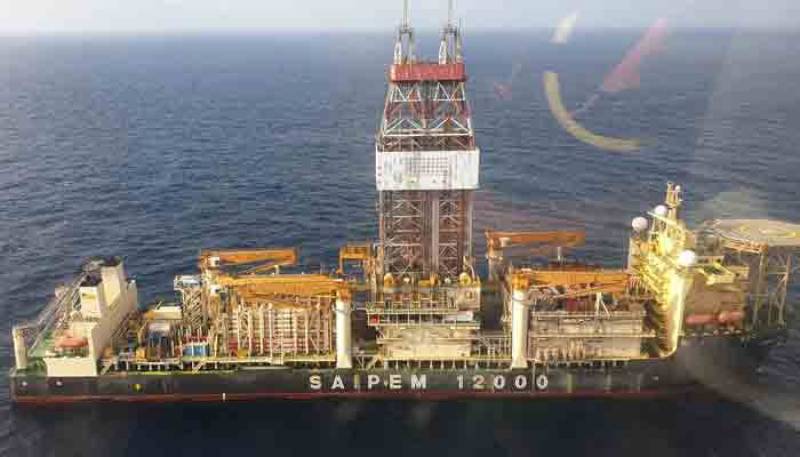 KARACHI – Special Assistant to the Prime Minister on Petroleum Nadeem Babar confirmed no positive development in offshore exploration at Kekra-1.

In an interview with a private TV channel on Saturday, the official maintained that the offshore drilling in Kekra-1 did not yield desired results after drilling more than 5,500 metres.

The PM's aide expressed that the office of DG Petroleum Concessions has been apprised of the results of the drilling.

Kekra-1 well at Indus G-Block is located around 280 kilometres southwest of Karachi coast. Kekra exploration, a joint venture of four oil exploration companies completed the offshore drilling process after four months on May 15.

The planned drilling of 5,470 meters was achieved at a cost of Rs14 billion (around $100 million), but according to reports in local media, the officials of the petroleum division maintain that the data received from the drilling and other seismic studies of the well will be useful for future exploration activities in the region and the effort did not go in vain.

Meanwhile, Prime Minister Imran Khan did not seem hopeless as he addressed a gathering in Peshawar and said huge gas reserves could be unearthed as a result of digging a well within a week's time.

PM Just said in Peshawar that it will take another week to know the exact results of drilling in sea. pic.twitter.com/LWlaa44JSo

At the same time, the officials say, oil and gas E&P is described as a ‘high risk- high reward’ business and the 'failures' should not be taken as a loss as India found offshore reserves from its ‘Bombay High well’ after 40 attempts.

“Based on previous data the prospects were high and at the start of drilling the chances of success were between 13 and 15 per cent, which is fairly good,” OGDCL spokesman Ahmed Lak told Dawn, adding, “Among the highest prospects of finding the hydrocarbon reserve is 20 per cent, therefore, our record was good enough to proceed with drilling.”

The spokesperson of the petroleum division detailed that 55m drilling would be conducted further as per the previous plan after which the well would be capped adding the depth of the well currently stands at 5634m.

'The desired reserves of hydrocarbon were not found,' the spokesman added.

He expressed that the proportion of water at the Kekra-1 reserves was more than the desired level, however, an official word from the minister or the government is yet to be announced in this regard.

On the other hand, experts in the field say Kekra-1 had only reached the desired drill depth this Thursday and the reports have been sent to both ENI & Exxon and the cores will now be analysed.

Even now the reports could be negative, or positive but later the stem-test declare the well not ‘financially viable’, or show a different location to be more suitable or a few dozen other complications that would lead to the abandonment of ‘this particular well’
9/n

In initial estimates, the availability of around nine trillion cubic feet of gas with a large quantity of oil was assessed in the Kekra-1 well. Due to the critical situations faced in the Kekra-1 well drilling, the exploration venture had to spend an additional $100 million in order to procure surplus steel and cement etc to drill the Kekra-1 well in another direction.

The last offshore activity was conducted by Dutch E&P firm Shell in 2005, but it failed to find hydrocarbon reserves. The first offshore well in Pakistani waters was drilled in 1963 by a US E&P company, the well was found dry.