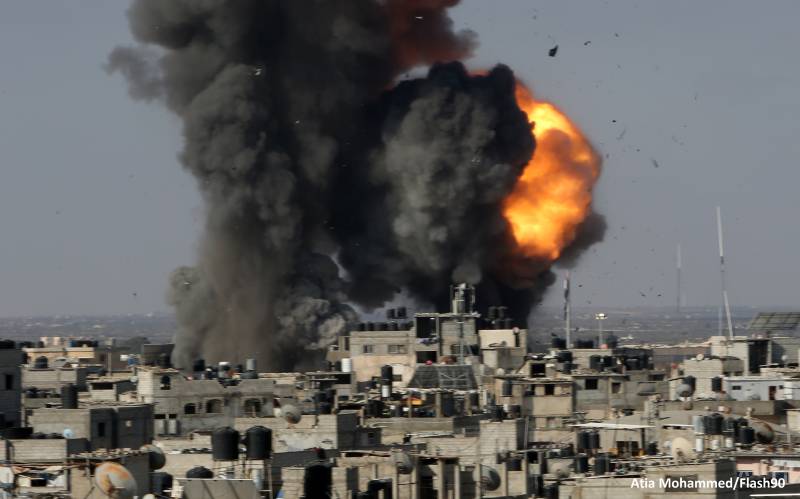 Israel’s official Arabic Twitter account on Tuesday mocked Muslims by sharing pictures of the Gaza bombing with verses of Surah Al-Fil (The Chapter of The Elephants) to justify the brutal action against the civilians in Palestine.

The tweet featured Surah Al-Fil from the holy Quran, which refers to God's punishment inflicted on the People of the Elephant, who tried to destroy the Holy Kaaba centuries ago.

Replying to its own Tweet, @IsraelArabic says, “This is a reminder of God's ability to support those who are righteous over falsehood, especially since Hamas is the arm of Iran that seeks to ignite the region. The IDF targets Hamas terrorist targets in Gaza.”

In Surah Al-Fil, the army of the elephant refers to Abyssinian invaders who attempted to destroy the Kaaba with a squad of between 9 or 13 elephants. In response, God sent birds carrying clay-baked stones to repel the assault.

The Israeli tweet has drawn enormous backlash from around the world, with people denouncing the Israelis for mocking the holy Quran and taunting the world's 1.8 billion Muslims.

"This is a sacrilegious mockery of the Quran, and of human life," a Muslim cleric Dr Yasir Qadhi was quoted by Middle East Monitor as saying.

On Tuesday, Palestinian death toll rose to 213, including 61 children and 36 women, according to health officials in Gaza. Twelve people have been killed in Israel so far, including two children.

Around 450 buildings in Gaza have been destroyed or damaged, including six hospitals and nine primary care health centres, the UN humanitarian agency said. Around 47,000 of the 52,000 displaced people have fled to UN schools.

Not so shocked with this.

They had done this before to the Torah :

And now they are doing the same distortion and misinterpretation to the Quran.#VisitIsrael

In its recent indiscriminate attacks, Israel has also targeted the press and journalists, drawing condemnation from media institutions around the world.