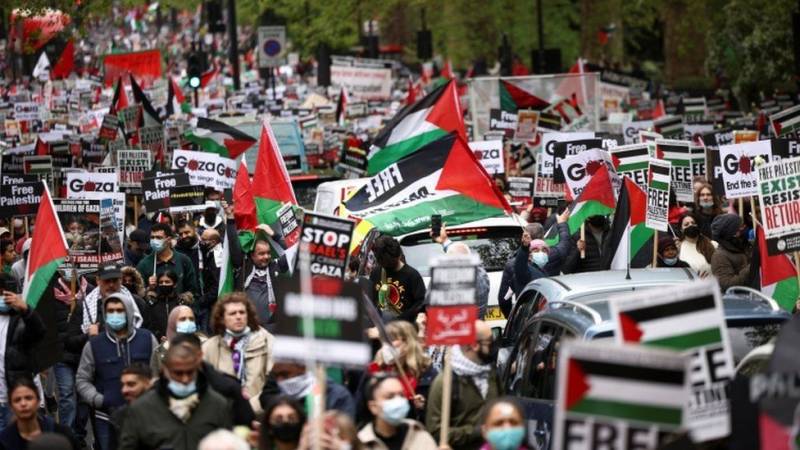 London’s Metropolitan Police has launched a probe against its official for chanting “free Palestine” slogan while on duty at a march slamming Israeli attacks in Gaza.

The uniformed female officer was spotting in a video of the demonstration held in the capital. The cop can be seen embracing a protester after accepting a white rose.

In the video, she was heard shouting “free, free Palestine” to join the protesters.

The probe was launched after the footage went viral on social media.

The development comes as massive protests are being held in major cities across the UK to show solidarity with people of Palestine.

ISLAMABAD – Federal cabinet has given go-ahead to send medical aid to Palestine on humanitarian grounds in view ...