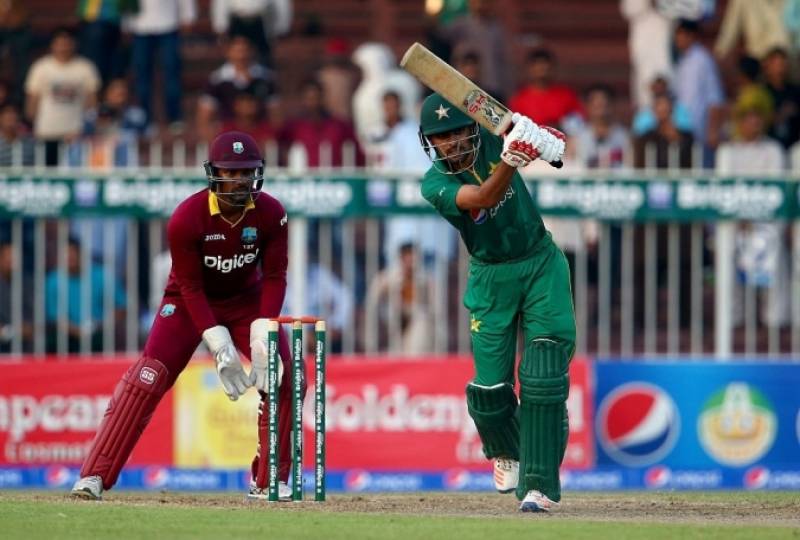 The expanded squad maintains the blend of experienced players with exciting young talent as the West Indies continue preparations in the build up to the defence of their ICC T20 World Cup title, to be held in India in October-November 2021.

Sheldon Cottrell, Shimron Hetmyer, Andre Russell, Oshane Thomas and Hayden Walsh Jr. return alongside the majority of the squad who featured in the 2-1 T20I Series victory against Sri Lanka in March.

The provisional squad will quarantine and train in St. Lucia ahead of the first T20I Series against South Africa starting on the June 26 at the Grenada National Cricket Stadium. The official squad will subsequently be selected and announced ahead of each Series.

Following is the complete squad; 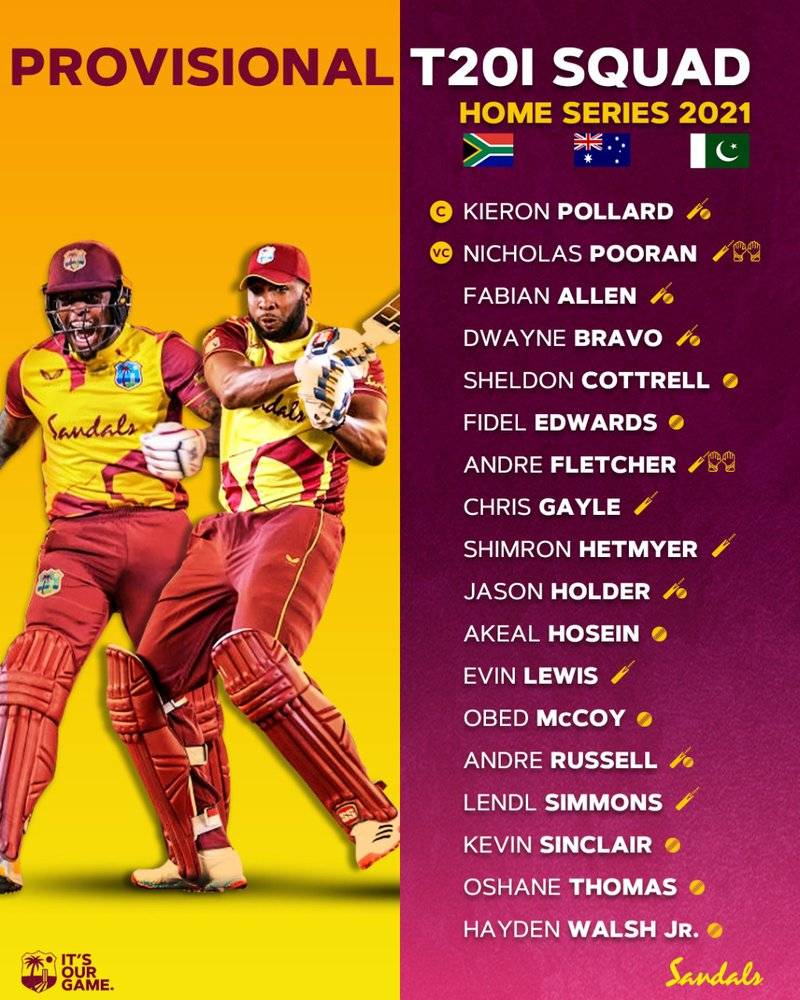 On May 14, Pakistan Cricket Board confirmed its men’s national cricket team’s tour to the West Indies, which will take place from 21 July to 24 August and comprise five T20 Internationals and two Tests.

The tour, which will take place following the conclusion of the ODI and T20I series in England, will commence with back-to-back T20Is in Barbados on 27 and 28 July, before action will move to Guyana for the 31 July and 1 August back-to-back T20Is, and series finale on 3 August.

After a two-day practice match on 6-7 August in Guyana, the side will move to Jamaica where the two Tests will be held at Sabina Park from 12-16 August and 20-24 August.