Not looking for farewell as retirement plan still undecided: Misbah 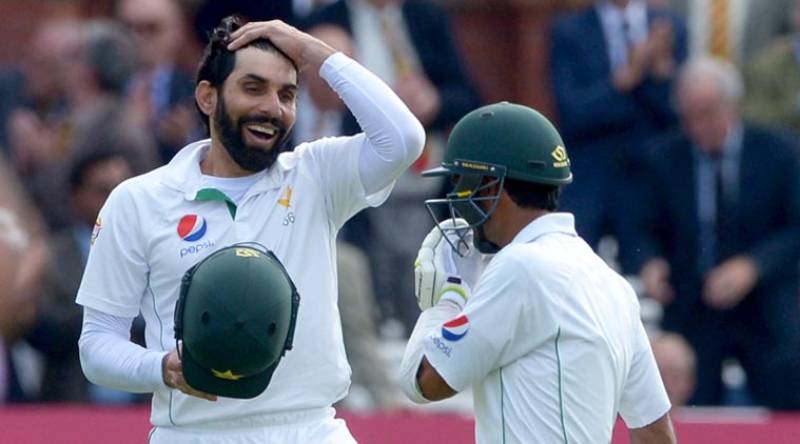 ISLAMABAD - Pakistan’s Test captain Misbah-ul-Haq has said he is still uncertain about his retirement plan and would take the decision on his own as he was not looking for a farewell.

“I am at a certain stage of my career where I only think what I can give back to my team,” Misbah said.

“I am thinking but haven’t reached any conclusion, but my whole thought process is all about the team if they can move on without me or not. And how I can do more as a senior to inspire and make this team stand on its own, Cricinfo reported.

“I do believe these boys have the capability to take responsibility and can deliver. So I am actually thinking if it’s good to leave at this stage. But this is a decision I want to take on my own and I don’t think I need to pre-announce it,” Misbah added.

Misbah believed that the set of players selected for the Australia tour formed a “winning” squad.

“The alarming situation is that our main batsmen are out of form. Otherwise, these boys have beaten England in their own conditions,” he said.

“In New Zealand, we were not able to get time to adjust and the pitches were all in favour of bowlers. Even the New Zealand batsmen struggled most of the time because conditions were unplayable. But in Australia, you have a lot of opportunities to score runs and you either get out or play your strokes,” skipper vowed.

He assured that Pakistan was capable enough to compete against Australia in Australia. He pinned hope on the batsmen and bowlers for favourable results.