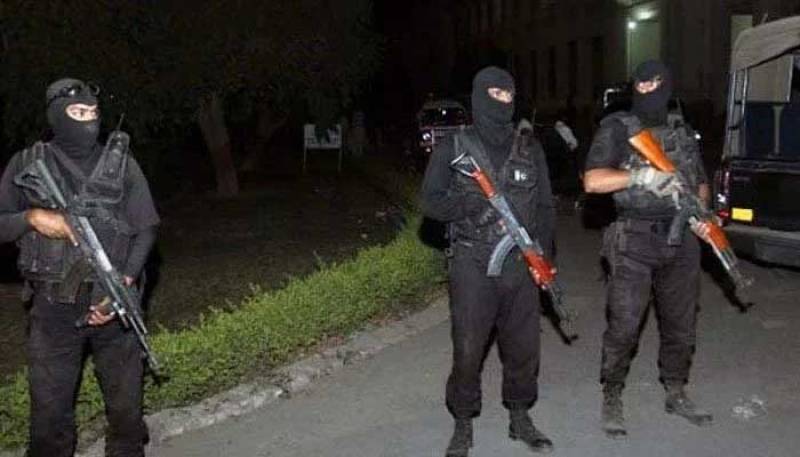 QUETTA – A terror suspect, identified as Noor Jehan, was arrested along with an alleged member of banned Balochistan Liberation Army’s Majeed Brigade during a raid in Turbat, confirms a spokesperson of the Balochistan government.

Addressing a presser on Wednesday, Farah Azeem Shah said that the Counter-Terrorism Department officials conducted a raid in Hoshab town of Balochistan on May 16 in which a suspected militant was detained along with her partner.

A suicide jacket, six hand grenades, and explosive material were recovered from the militants.

Meanwhile, a case has been registered against the detained terrorists while seven-day remand was also given by the local court.

According to the Balochistan government spokesperson, the detained woman made startling revelations about the terror activities in the sparsely populated region.

Noor Jehan disclosed that the wife of late Aslam alias Uccho’s was training more women to carry out terrorist acts against armed forces and foreign nationals.

The detained militant also revealed that she received funds from a Dubai-based man namely Nadeem. BLA’s Majeed Brigade is training more women for a suicide bombing in Pakistan.

Shah said that foreign hands are involved in the recent wave of terrorism in Pakistan. Terrorist attacks are being carried out at the behest of people residing abroad, she added.

Earlier this month, a woman suicide bomber of the same banned outfit claimed responsibility of killing four people including three Chinese nationals, in an attack on a minibus carrying staff from the Confucius Institute at Karachi University.