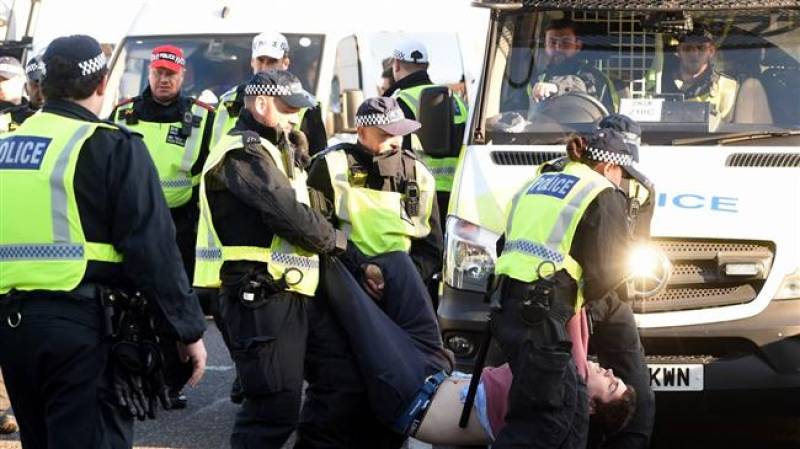 LONDON - Thousands of environmental activists have occupied five bridges in London to protest the British government’s “inaction” on climate change and pollution.

More than 6,000 people started protesting at around 10 am, blocking the crossings at Blackfriars, Lambeth, Southwark, Waterloo and Westminster, the campaign group Extinction Rebellion said.

After all bridges were reopened, the demonstrators marched to a rally in Parliament Square, where officers cordoned off the statue of Winston Churchill after a green flag was attached to his walking stick. 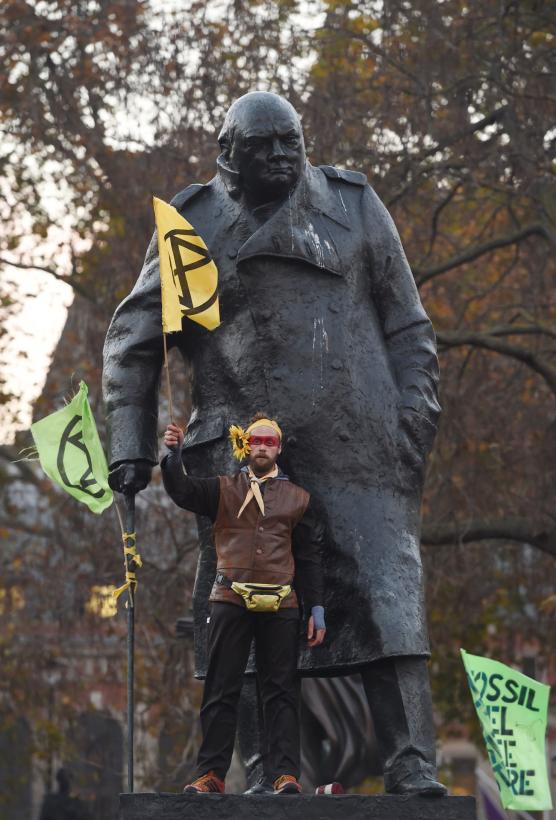 At least 82 activists were arrested during the protests for offenses such as obstruction of the highway. They were later released under investigation, the Metropolitan Police said.

Scotland Yard said on Sunday that protesters were predominantly detained for breaches of the Highways Act, following staged sit-ins on five bridges crossing the Thames. Other arrests were made for offences under the Bail Act.

The protesters, who compared themselves to US civil rights campaigners, maintained that radical action was essential to “raise the alarm” about the threatening climate crisis.

Writer George Monbiot, who also participated in the protest at Blackfriars bridge, said the event was something he had been waiting for so long.

There has never been an environmental protest like this in Britain. We blocked and occupied five road bridges across the Thames in central London for four hours. But if you get your news from the BBC, you would scarcely have known it was happening.

“People are risking their liberty in defense of the living world in very large numbers. It is only when we are prepared to take such action that people begin to recognize the seriousness of our existential crisis.”

The activists demand that the UK government bring carbon emissions to net zero by 2025 and abolish policies inconsistent with resolving the issue of climate change. 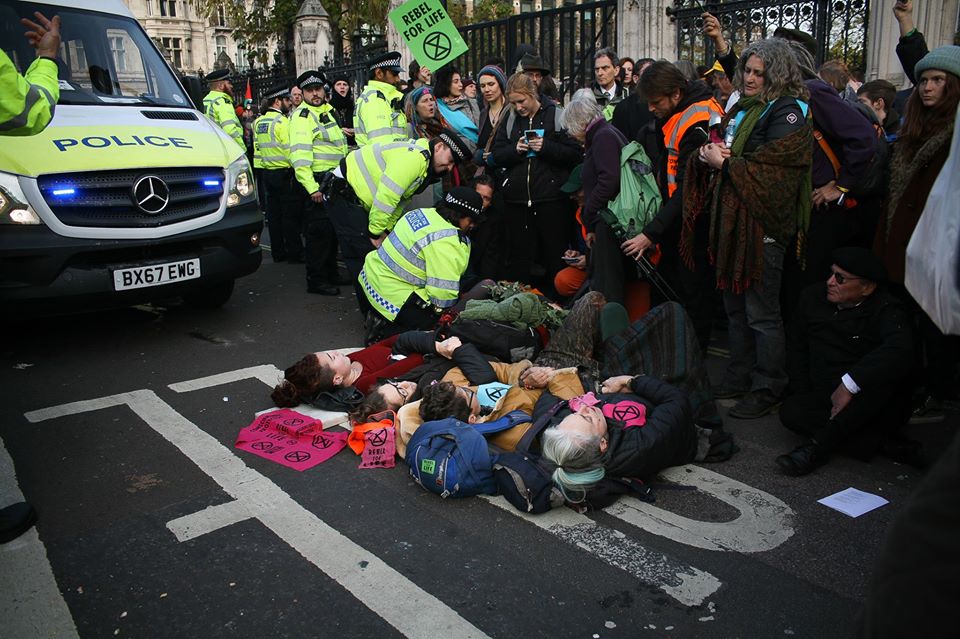 According to a landmark UN report released last month, greenhouse gas emissions must be reduced almost in half by 2030 to prevent a global environmental catastrophe.