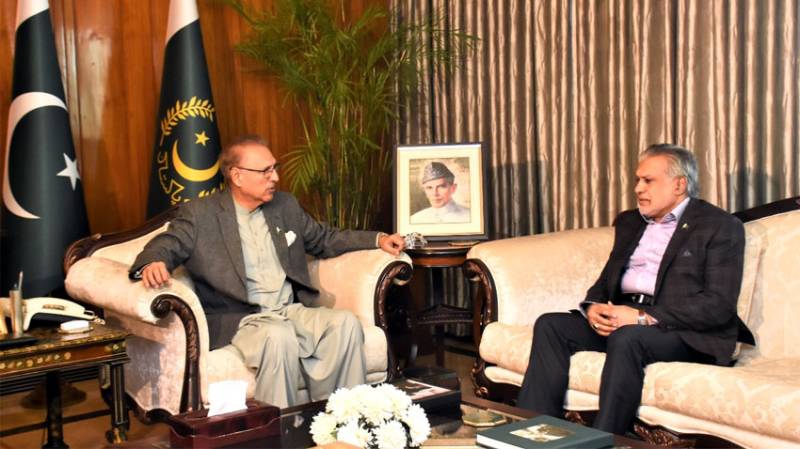 During the meeting, the finance minister briefed the president on the overall economic and financial outlook of the country.

Dar also briefed Alvi on various steps taken by the government to provide relief to the people of Pakistan, especially to the unprivileged population of the underserved areas of the country and the flood affectees.

The meeting comes amid delays in finalising a schedule for formal talks on the overdue ninth review of a $7 billion International Monetary Fund (IMF) loan programme and rising default risk.

On Wednesday, Pakistan’s default risk as measured by five-year credit-default swaps (CDS) — insurance contracts that protect an investor against a default — soared to 75.5 per cent from 56.2pc a day ago, according to data provided by research firm Arif Habib Limited.

Pakistan is scheduled to pay $1 billion on Dec 5 against the maturity of five-year sukuk, or Islamic bonds.

RAWALPINDI – Islamabad High Court Chief Justice Aamer Farooq on Friday said that there were fears of an attack on ...