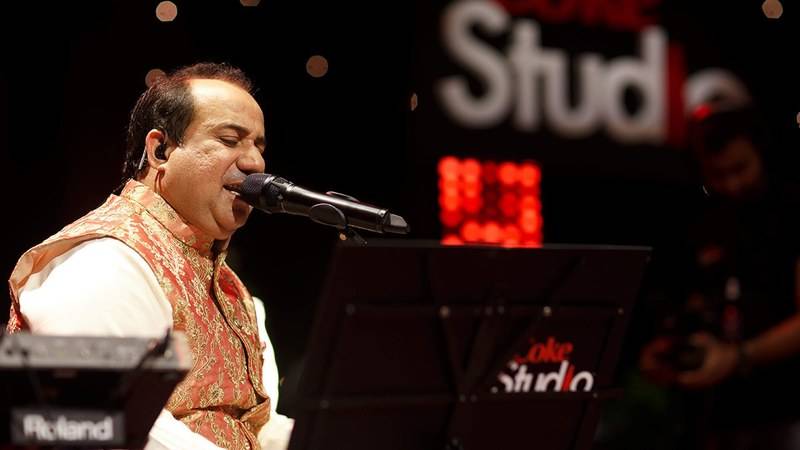 LAHORE - This year's Coke studio Pakistan is all set to release on Friday (today) and the audience simply can't wait. The Coke studio 12th started with kicked off with a Hamd featuring Atif Aslam titled ‘Wohi Khuda Hai’.

Now the musical show is heading towards the first episode, scheduled to release this week, is all set to feature three separate groups of artists. Among them are Zoe Viccaji and Shahab Hussain with a joint collaboration called ‘Ram Pam’ with Shahab Hussain finally making his Coke Studio featured artist debut, having been a part of the house-band for the last several years.

The bilingual track is being written by Sahir Ali Bagga, in Urdu and Punjabi and is said to be a “light-hearted take on love”.

“Music gives you goosebumps. Music is something extraordinary, it plays next level games with our mind. We are attracted to it and we are also driven away by it. It has power,” said the multi-talented Shahab Hussain, whose debut should be worth watching.

The second song, another bilingual effort is by qawwali king Rahat Fateh Ali Khan (going solo) is called ‘Dam Mastam’. It is said to showcase the celebration of love for Maula Ali by Shahbaz Qalandar, with lyrics by Javed in Punjabi and Persian.

“As long as a spiritual artist respects their craft, peace prevails. It is wonderful when a singer has a noble cause, when they are spreading a message of love, peace, and brotherhood as presented by our saints, without the greed of money or the world. This is the real purpose of qawwali,” said Rahat Fateh Ali Khan in a press statement.

It is pacifying, it is soulful, it is melodious. Atif Aslam’s rendition of Hamd, Wohi Khuda Hai for Coke Studio was ...

The third and most exciting artist from the three, however, is a group called Barkat Jamal Fakir Troupe, who will be presenting a track called ‘Maahi Diyaan Jhokaan’.

Apart from the fact that they have never appeared on the show before, the song is in Seraiki and is supposed to be a desperate cry for the Beloved for which the speaker is willing to embrace earthly dislike because of it for it is “no ordinary love”.

In a press statement, noted Barakat Jamal, “Music is nutrition for the soul. Before we even sing the song, we listen to it. We understand it, then we sing it. Since my childhood, this has been my soul’s nutrition. When I sing, my soul finds peace.”