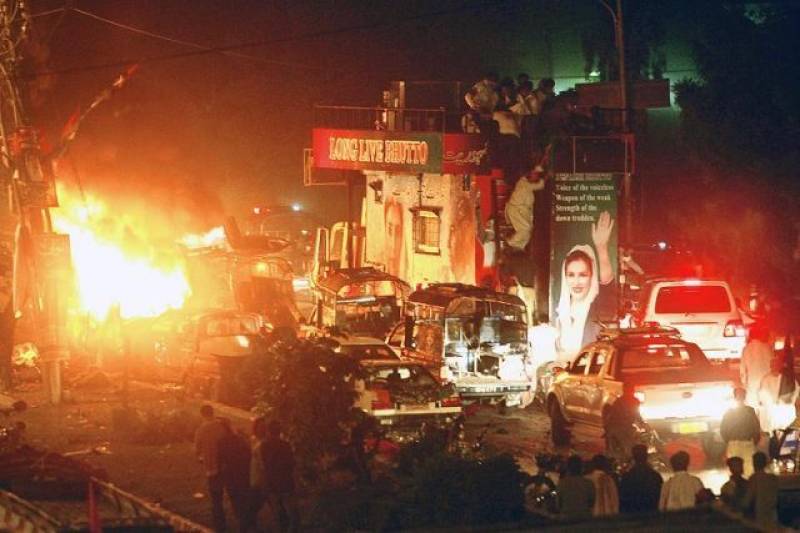 KARACHI - 13th anniversary of Karsaz tragedy, in which more than 180 people lost their lives and over 500 got injured after suicide blast hit PPP leader Benazir Bhutto welcome rally in Karachi on 2207, is being observed across the country today (Sunday).

Former President of Pakistan and Co-Chairman of PPP Asif Ali Zardari paid rich tributes to the victims of Karsaz tragedy and said that these martyrs paid supreme sacrifices for constitution, democracy and all powerful Parliament and thus wrote a golden chapter in the political history.

Former President Zardari said that we have still to make the vision of Shaheed Mohtarma Benazir Bhutto a reality. This day is the day to reiterate our dedication and commitment to democracy and to make this country according to the vision of these martyrs.

In a message on the eve of the 13th anniversary of the barbaric attack on democracy-loving people’s reception, Chairman Pakistan Peoples Party Bilawal Bhutto Zardari has paid glowing tributes to the martyrs of Karsaz carnage. The PPP chairman said his Party workers embraced martyrdom for restoration of democracy, supremacy of the Constitution and elected Parliament, protection of basic human rights of the masses.

PPP Chairman pledged that PPP would always remember its martyrs as a source of inspiration for the democratic workers and the people adding that their sacrifices won’t go in vain.

It is pertinent to be mentioned here that Tehreek-e-Taliban Pakistan (TTP) had claimed the responsibility of the attacks. The bereaved families of the victims are still waiting for the justice by the authorities as no progress has been seen in the case so far.