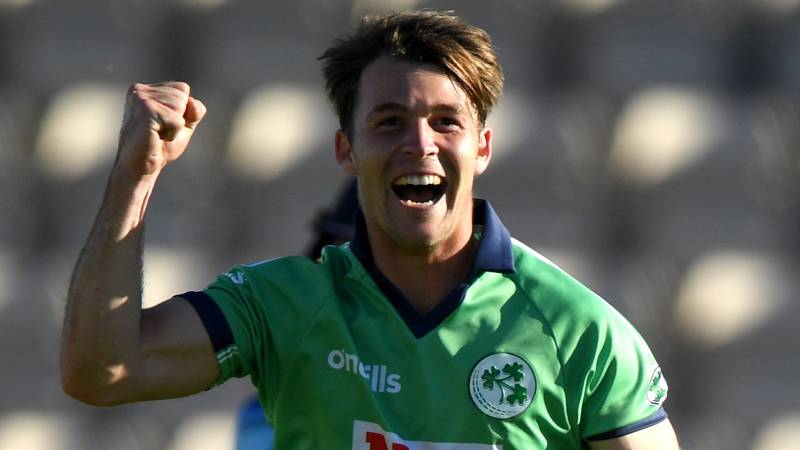 ABU DHABI – A remarkable four wickets in four balls by Curtis Campher took Ireland to a seven-wicket victory over the Netherlands in the T20 World Cup on Monday.

The Ireland seamer reduced the Netherlands from 51-2 to 51-6 in the 10th over before they were bowled out for 106 off the final ball of the innings in Abu Dhabi.

Campher is only the third man to claim four wickets in four balls in T20 internationals.

He then hit the winning runs as Ireland won with 4.5 overs to spare.

In the second match, Sri Lanka beat Namibia by seven wickets later on Monday at the same venue to move top of Group A on net run-rate.

Ireland, who play Sri Lanka on Wednesday, are second, with the first two teams in each group qualifying for the Super 12 stage that begins on Saturday.

Earlier, Netherland won the toss and opted to bat first against Ireland in the third match of the T20 World Cup Qualifiers.

The fixture at the Shaikh Zayed Stadium in Abu Dhabi started at 03:00 pm (PST).

The European country has been dominating Ireland in the T20s. In the 2014 World T20, they bagged seven out of ten games, with one match getting abandoned.

Many experienced players including Ryan ten Doeschatee and Roelof van der Merwee alongside younger players, Paul van Meekeren are part of the Netherlands squad – that is labeled as one of the best squads the country has ever produced.