A New SUV is Being Tested on the Roads of Pakistan 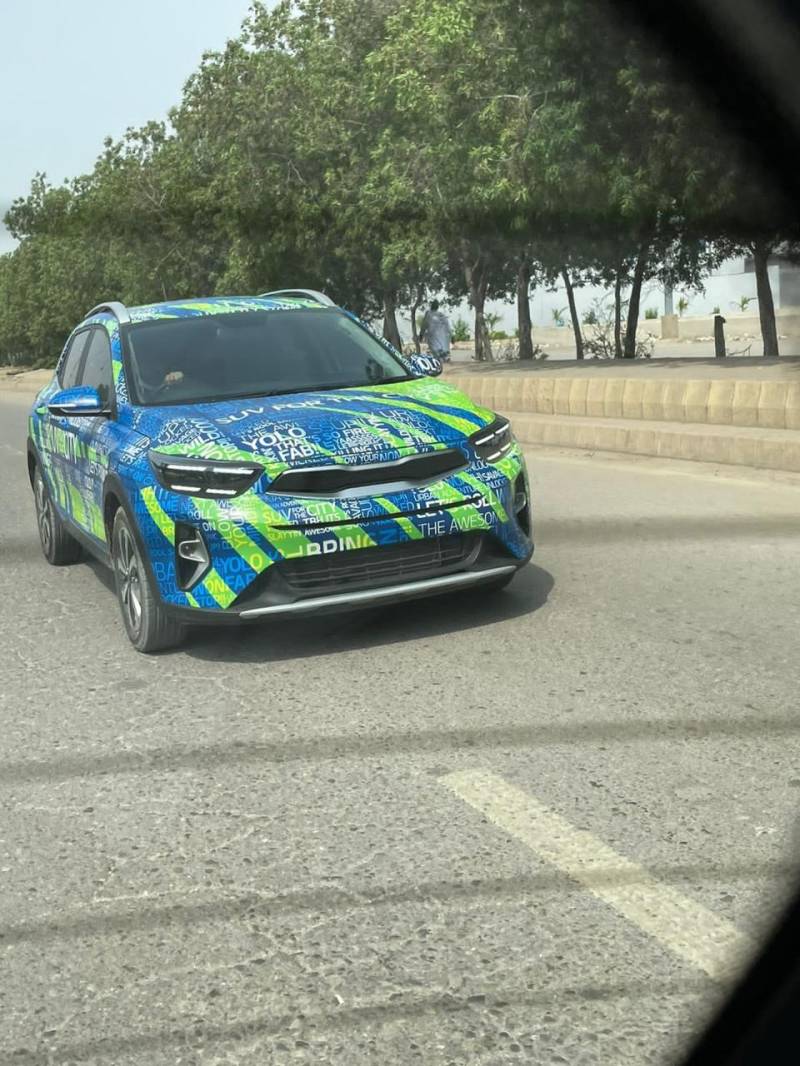 Earlier this week, wrapped KIA Stonics were spotted being driven on the roads of Karachi. Ever since its entry into the local automotive sector, KIA has gained talkability for testing its international models on our local roads- some end up being launched, some don’t. Digging into KIA’s car testing history, KIA Stinger, KIA Cerato, KIA Sorento, and KIA Niro have already been tested all over Pakistan with the Sorento being launched.

KIA has rigorously been tapping into the SUV category in Pakistan with Sportage as the Crossover SUV and Sorento being the Mid- Size SUV, both with impeccable features and specifications which can also be expected from the KIA Stonic, if it is launched in Pakistan. A global shift has been analyzed with car users shifting towards SUVs, ever since automotive players like KIA have launched them, ranging from B SUVs to large D SUVs. In Europe, 26 percent of all passenger car sales last year included SUVs, up from 8 percent in 2007, according to JATO, and has been growing exponentially. For nearly two decades in the USA, Toyota Camry had been the best-selling vehicle which was then replaced by the RAV4 and Honda CRV, making up 47.4% of the U.S car sales. This global trend has now trickled down to Pakistan where the KIA Sportage has become a top choice for customers who are looking to upgrade their lifestyle by entering the UV sphere.

Derived from the words “speedy” and “tonic,” the KIA Stonic internationally comes with a turbocharged 1.0 l engine alongside naturally aspirated 1.2 l and 1.4 l petrol engines. The engine comes with a 5 speed and 6-speed manual transmission and 6 speed and 7-speed automatic transmissions. KIA has also offered a 1.6 l diesel engine in the Stonic. Our sources tell us the petrol variant is being tested in Pakistan. The mystery still remains around the specs of the engine going to be offered.

The Stonic rests on a wheelbase of 2580mm. The ground clearance is good compared to other compact SUVs being imported to Pakistan, which is a plus point considering the local road conditions. In the international market, similar compact SUVs come with Electronic Stability Control (ESC), Hill Start Assist, Anti-Lock Braking System (ABS), Autonomous Emergency Braking (AEB), Traction Control System (TCS), Emergency Brake Assist (EBA), and cruise control. With their previous models in Pakistan, KIA hasn’t disappointed car fanatics by cutting down on options hence, all these features should entice us.

Globally the KIA Stonic’s interior comes with a combination of four funky two-tone color options such as yellow, blue-green, and orange. The interior also includes high-trimmed seats, a floating infotainment system, tilt, and a telescopic steering wheel with multi-purpose functions, to name a few.

From the pictures we have seen, it seems they are testing the latest generation of the vehicle as is evident from the new futuristic headlight design that we have also seen in other latest-generation models launched by KIA globally. Apart from this, the other prominent features in the exterior include an exquisite high gloss black & satin radiator grille, electrically folding door mirrors, chrome side window trim, roof rails, and 16 or 17-inch alloy wheels.

Overall the Stonic seems like the perfect SUV for the generation on the go and can become a statement for the one behind the wheels. This B-level crossover is a practical and agile addition for the Pakistani roads; ideal for easy maneuverability. The Stonic relatively has higher coils and tires, uplifting the suspension and making daily driving hassle-free. The Stonic seems like a head-turner for millennials and the Gen Z audience, being sporty and young at heart!