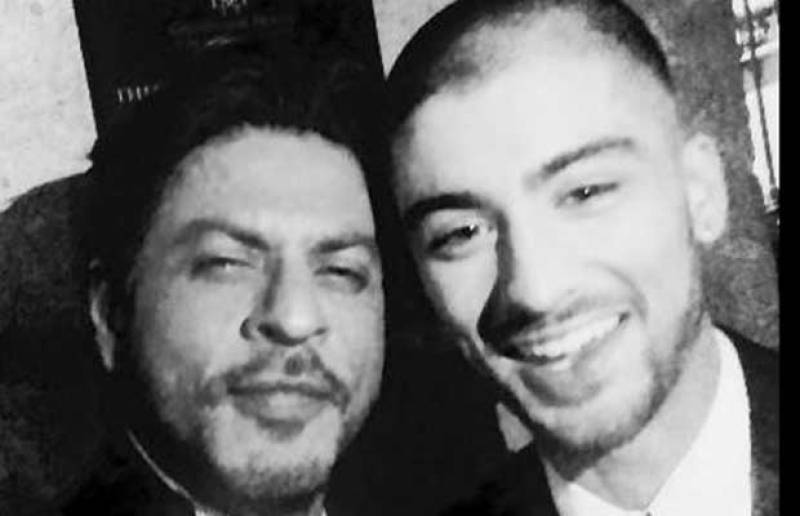 LONDON (Web Desk) - Bollywood star Shahrukh Khan, also known as King Khan, and former member of One Direction Zayn Malik have fans going gaga over them all over the world, Zee News reports.

The two big stalwarts recently met each other at the 5th annual Asian Awards held in London to collect their respective trophies.

Now as a tradition, how can there not be a selfie? The selfie craze has gripped the whole of Bollywood as well as Hollywood and SRK is not the one to shy away from the trend.

King Khan posted a picture with a grinning Malik from the awards function night and captioned it:

The gala was held in London on Friday. The 49-year-old dapper actor flew to London to be a part of the awards ceremony and personally accept his award for Outstanding Contribution to Cinema. This was Malik's first public appearance post his separation from 1D.