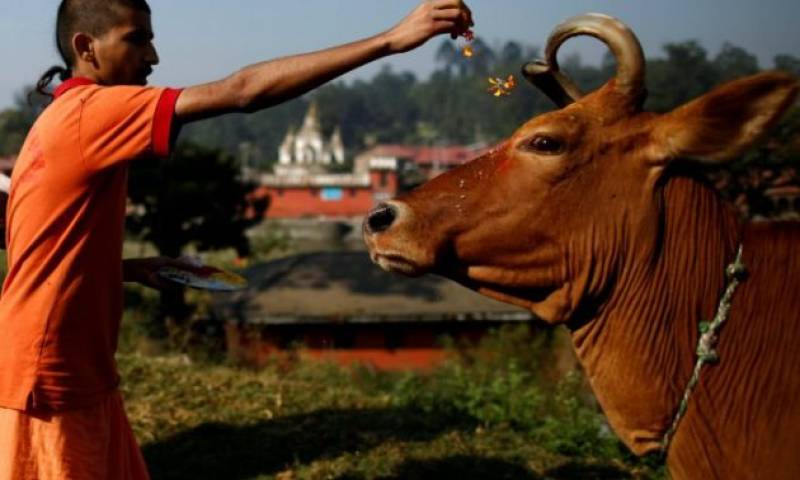 A research by Pew has ranked India fourth worst - after Syria, Nigeria and Iraq - in religious hostilities in the world in 2015.

Afghanistan ranked at number 8 and Pakistan at 10. Along with Israel, Yemen, Russia, Afghanistan, the Palestinian territories and Egypt, these countries fall in the very high social hostilities category with scores 7.2 and higher.

"One of the indicators in the Social Hostilities Index looks at whether incidents of violence occurred as a result of tensions between religious groups. In India in 2015, there were instances of attacks by Hindus on Muslims due to alleged cow slaughter, rioting after clashes between Hindus and Muslims, and mob violence involving the two groups." 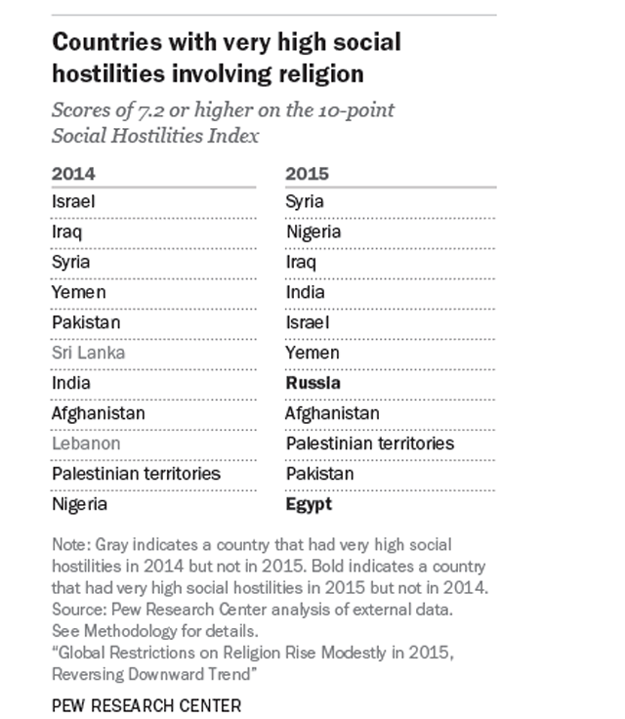 The report says that government restrictions rose in nearly all regions in 2015.

"The global rise in social hostilities reflected a number of factors, including increases in mob violence related to religion, individuals being assaulted or displaced due to their faith, and incidents where violence was used to enforce religious norms,” Pew said.

This surge was also linked to use of force by governments against religious groups. 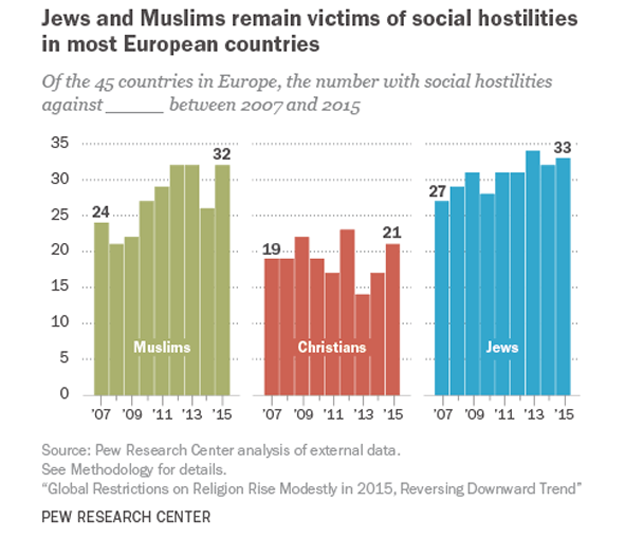