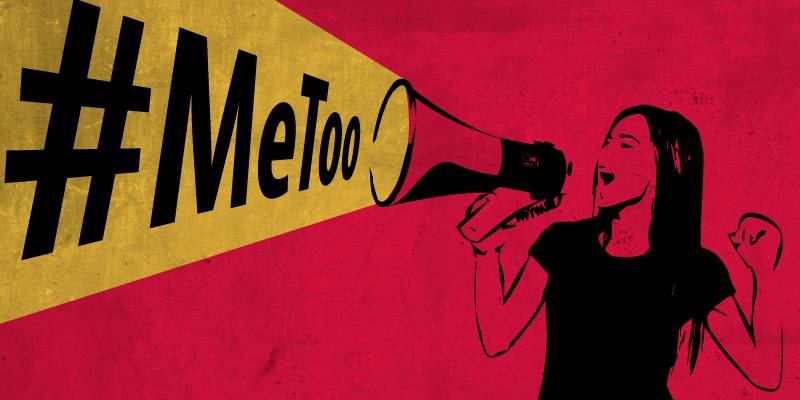 LAHORE - Pakistani actress and singer Meesha Shafi's claims earlier today that she was sexually harassed by fellow colleague, Ali Zafar has sparked a lot of controversy and debate on social media with the debate becoming exceedingly polarized on either of the two party's sides.

The debate hasn't been pretty or all that civil, with people defending Ali Zafar by running a smear campaign against Meesha Shafi.

Equating a woman's attire with her "not caring" about being sexually harassed is NOT OKAY.

However, on the other side there are many who rightly believe in giving the victim the benefit of the doubt and have far better arguments too;

Remember that #MeeshaShafi could tell her story because she is privileged in certain ways: she's married, has strong family support, is an established artist.

If it's difficult for her to speak out imagine what a younger, greener artist has to face?

Now, another woman has come forward with her own harrowing account of being harassed by Ali Zafar at an event she attended almost two years ago.

Whether Ali Zafar has been rightly accused or not, the fact of the matter is, should women's accounts and stories be completely disregarded because of what they wear or do? Or should there be greater emphasis on holding powerful men accountable for their actions.

Or even just listening to victims of sexual harassment and not turning a blind eye to their plight just because the perpetrator might now be our favourite musician. 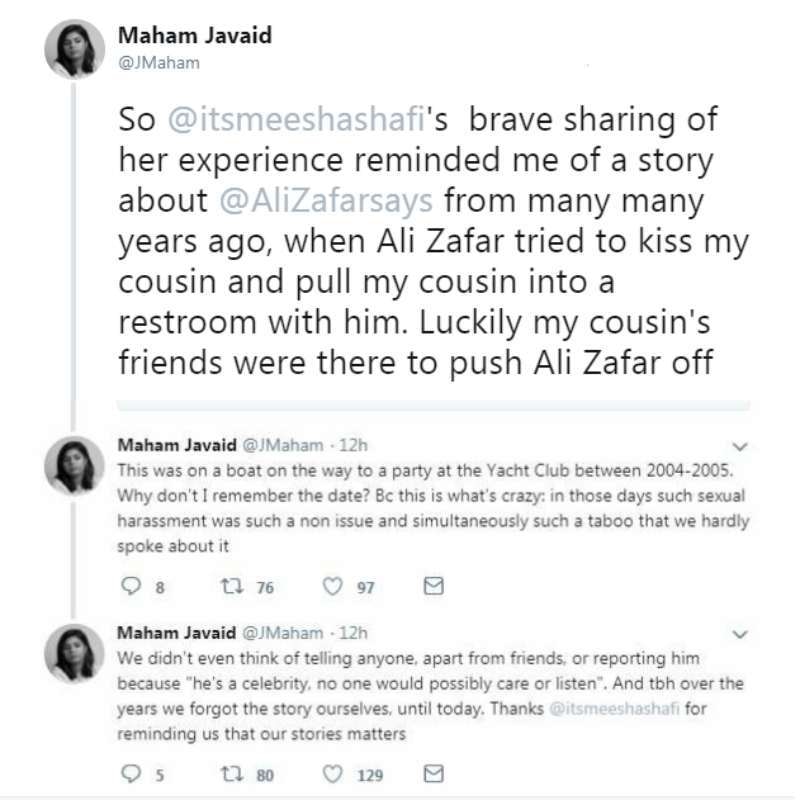 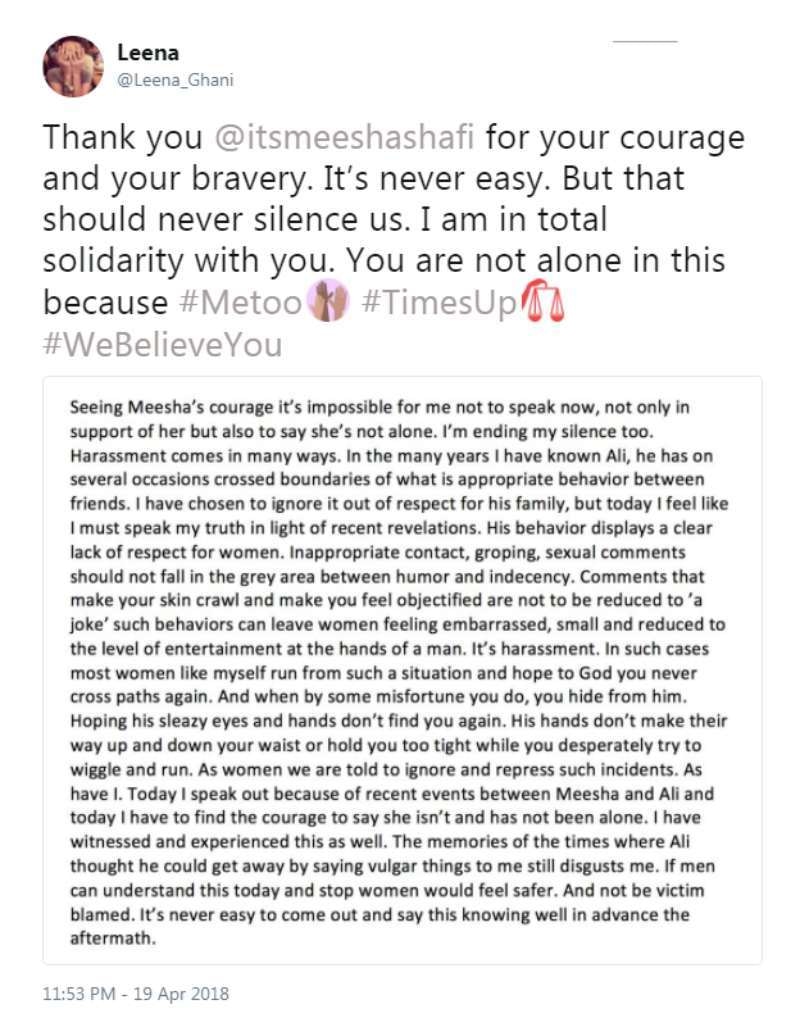 Something to think about.

Interestingly, there's not a lot of noise on my TL after Meesha's statement about Ali. The habitually outraged brigade is uncharacteristically silent. I wonder why.
B/c the accuser & the accused are stars? (Can sue slanderers, yes).
B/c one story is more important than the other?