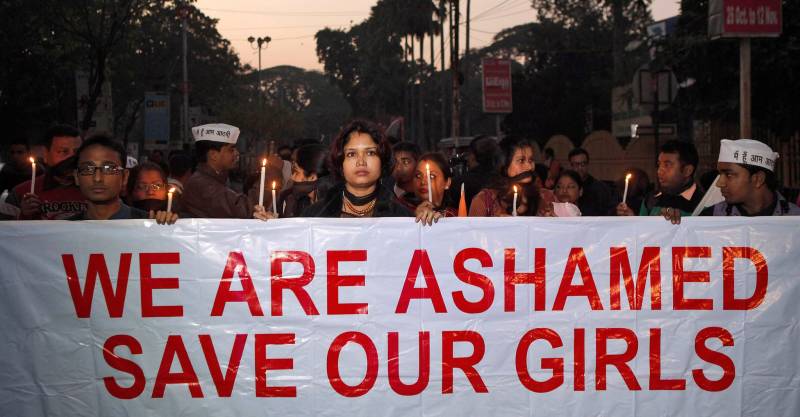 DELHI - A 60-year-old man was arrested on Wednesday for allegedly raping his 7-year-old granddaughter in a remote village of Meghalaya’s North Garo Hills, police said on Thursday.

The shocking incident of rape sparking fresh outrage over the latest incident of sexual assault on a minor, reports Hindustan Times.

Officials said Deny Marak committed the crime on April 10, one of the three times, in Kama Gandim when the girl went to his house to collect her books before going to a tuition class nearby. "He {Deny Marak} threatened her to keep quiet about the assault," the newspaper further reported.

The girl told her mother about the sexual abuse on Wednesday. The mother immediately informed her family and handed Marak over to the police at Kharkutta police station.

Police said an investigation is already on and a team is gathering evidence even as the medical report of the child is awaited.

“It seems he had molested her on two other occasions making it three times in all,” Marak said while speaking with the HT over the phone.

He said police are “booking him under relevant sections” of the stringent Protection of Children from Sexual Offences Act, 2012.

Sources said that Marak had thrown out the child and her family from his house after an altercation with him a couple of months ago.

The incident has sparked outrage in the matrilineal northeastern state.

Child sexual abuse has been in focus after the gang-rape and murder of the 8-year-old girl in Jammu and Kashmir’s Kathua district hit the headlines.

The incident in Meghalaya also comes after a 7-year-old girl was allegedly raped and murdered by a 19-year-old man earlier this week during a wedding in Uttar Pradesh’s Etah.

Government figures show that a child is sexually abused every 15 minutes in India. According to the National Crime Records Bureau report for 2016, there was a sharp spike in cases of rape against children with an increase of such incidents by over 82% as compared to 2015.