Ready to bat at any number for Pakistan: Fakhar Zaman 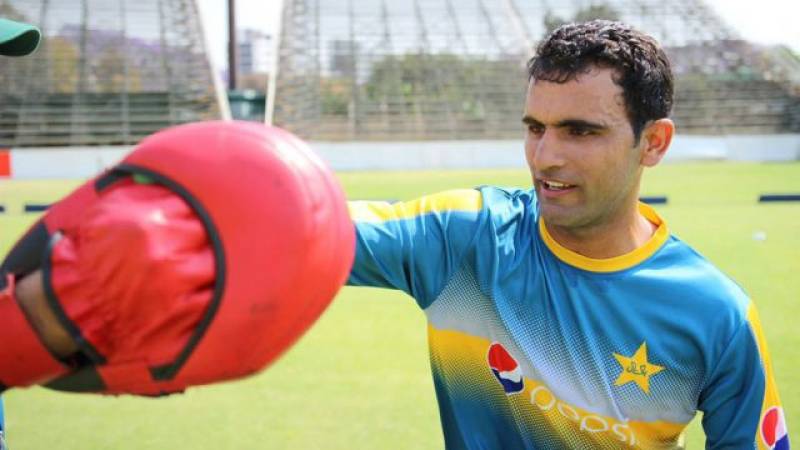 LAHORE - Opening batsman Fakhar Zaman is just focused on helping the team win and is not worried about batting at any number after being for the Test team, which will face England and Ireland in May.

Zaman, along with four other uncapped players — Saad Ali, Faheem Ashraf, Imamul Haq and Usman Salahuddin — were selected in the 16-member squad, which was announced on Sunday.

And the Mardan-born opener only wants to serve the team. “I am ready to bat at any number for the team’s cause,” said Zaman, while talking to media at the Gaddafi Stadium in Lahore. “As a professional, it is our duty to play according to the circumstances. I will try my best to do justice no matter where I play.”

The left-hander is famous for his attacking display and has already scored 814 runs for the Men in Green in ODIs and T20Is at a collective strike-rate of 114.54. But Zaman, who has an average of 41.91 in 37 first-class matches, insisted that he is suitable for five-day format and will prove to be a good addition to the Pakistan team.

“Test cricket is a different format, but I believe I am suited to playing in the longest format of the game,” he said. “I have a good record in four-day cricket, which is why I believe I will be a good addition to the team.”

Talking about conditions in England, Zaman revealed that he has had good preparation during the ongoing training camp. “Conditions in England are different, where the ball doesn’t come on to the bat easily,” he said. “Players have to make some adjustments and I’ve trained hard in the camp to overcome any difficulties there.”

Zaman, who had a dream start to his career in the 50-over format when he scored back-to-back half-centuries during the International Cricket Council (ICC)’s Champions Trophy last year, believes that the experience of playing in England will be of great use.

“I’ve played in England already, even though it was in the 50-over format,” said Zaman. “But I believe that experience will help me immensely and I don’t think I will have any problems adjusting there.”

Talking about the team’s chances, Zaman is optimistic and said that Pakistan can compete against tough opposition because of a strong bowling line-up. “Our bowling line-up is pretty strong and I believe we can put up a tough fight,” he said.-Online