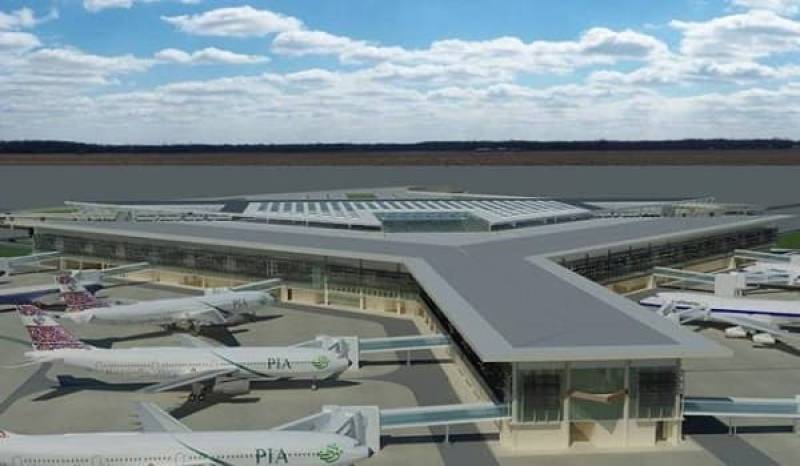 ISLAMABAD - Authorities on Thursday arrested three Chinese nationals after shooting down an unidentified drone over the newly constructed Islamabad airport.

The foreign nationals were trying to film the new airport using the drone when the officials of Airport Security Force (ASF) noticed the device and shot down it.

Later, the officials arrested the suspects and took the wreckage into custody. An investigation has been launched into the matter.

The new airport was set to be inaugurated and made operational on April 20 but the plan was postponed until May 3, 2018 due to the visit of Prime Minister Shahid Khaqan Abbasi to the UK for attending Commonwealth heads of state meeting.

The new Y-shaped airport spreads over 19 square kilometres with 15 jetties (passenger boarding bridges), including facilities to accommodate two double-deck A380, the world’s largest airplane, 15 remote bays and seven remote bays for small aircraft such as ATRs. It will be the biggest international airport of the country in terms of landing and passenger handling facilities.

For the 15 bays, the same number of lounges has been built to avoid mixing of passengers. The new airport has two runways each 3.5 km long.

The construction work on the new airport located 30 km from Islamabad started in April 2007.

The new airport will have five level security systems for baggage check, a food court, mini-cinema, children’s play area and car parking for 2,200 to 2,500 vehicles. Besides the public car parking, a separate car parking has been built for the airport staff.